The MTV Europe Music Awards celebrated its 20th anniversary at the cutting-edge Ziggo Dome in Amsterdam, the Netherlands, on Sunday. Stars like Bruno Mars, Ariana Grande, and the night's emcee, Redfoo, hit the red carpet for what proved to be an exciting show. Presenters Iggy Azalea and Ellie Goulding both arrived in showstopping gowns, while the boys from Kings of Leon, who performed during the ceremony, were joined on the red carpet by none other than Ron Burgundy (aka Will Ferrell). Will, as Ron, presented the global icon award to Eminem backstage. The rapper thanked his fans for all their support over the years and gave a nod to Anchorman by saying, "I love award."

Miley Cyrus popped up in a risqué ensemble on the red carpet before opening the show with a space-age performance of her hit single "We Can't Stop." She changed into a skintight white leotard for a heartfelt rendition of "Wrecking Ball" before accepting the best video award for the song and smoking a joint on stage. Also making a quick change during the night was Katy Perry, who went for the pop princess look in a satin Zac Posen gown before taking flight in a bejeweled jumpsuit, while Bruno turned the EMAs stage into a strip club — the "Gorilla" singer reenacted the song's racy music video for his set. 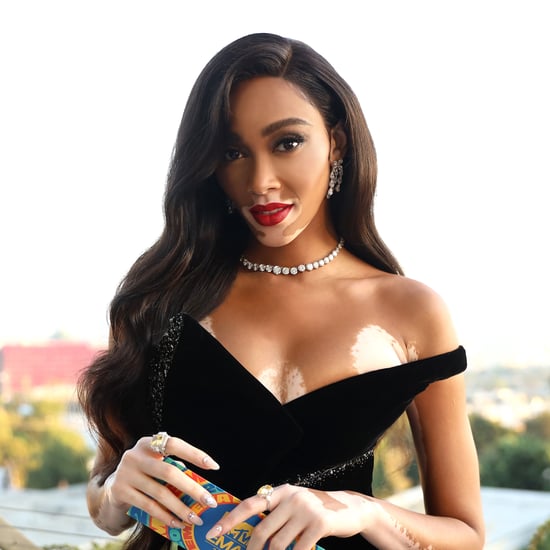 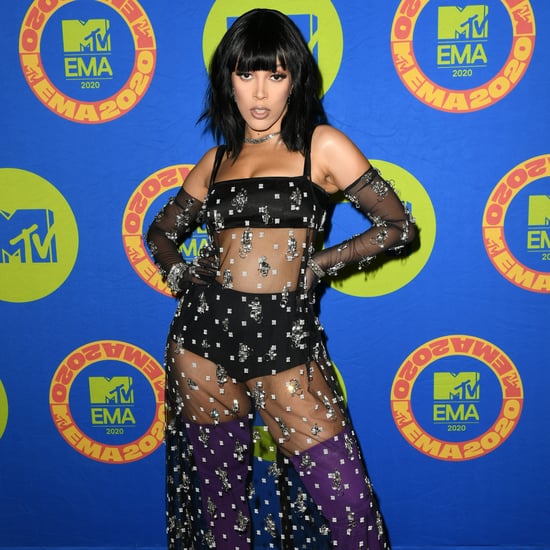 Red Carpet
2020 MTV Europe Music Awards: See What All the Stars Wore to the Virtual Event
by Kara Kia 3 weeks ago 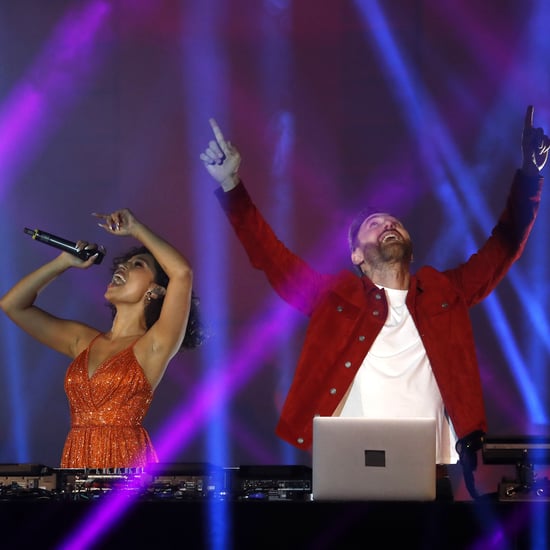 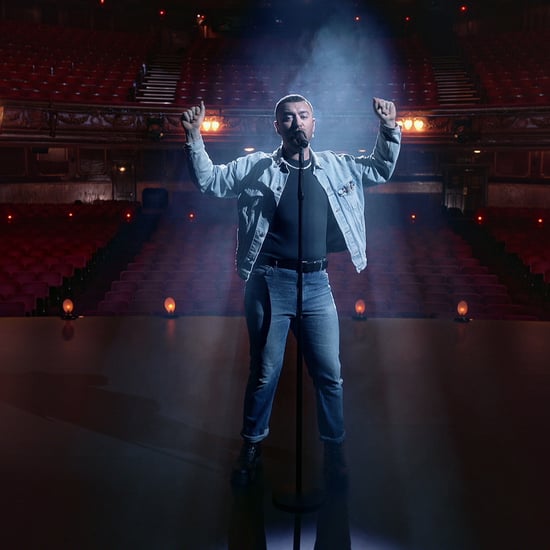 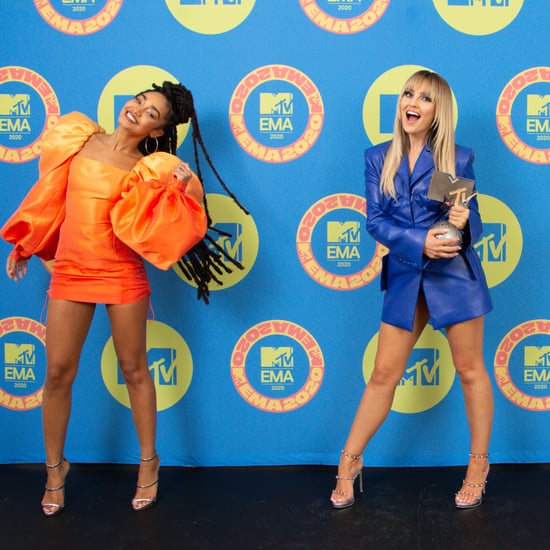 Music
On Repeat: Little Mix's Performance of Their New Single "Sweet Melody" at the MTV EMA
by Sophia Panych 3 weeks ago