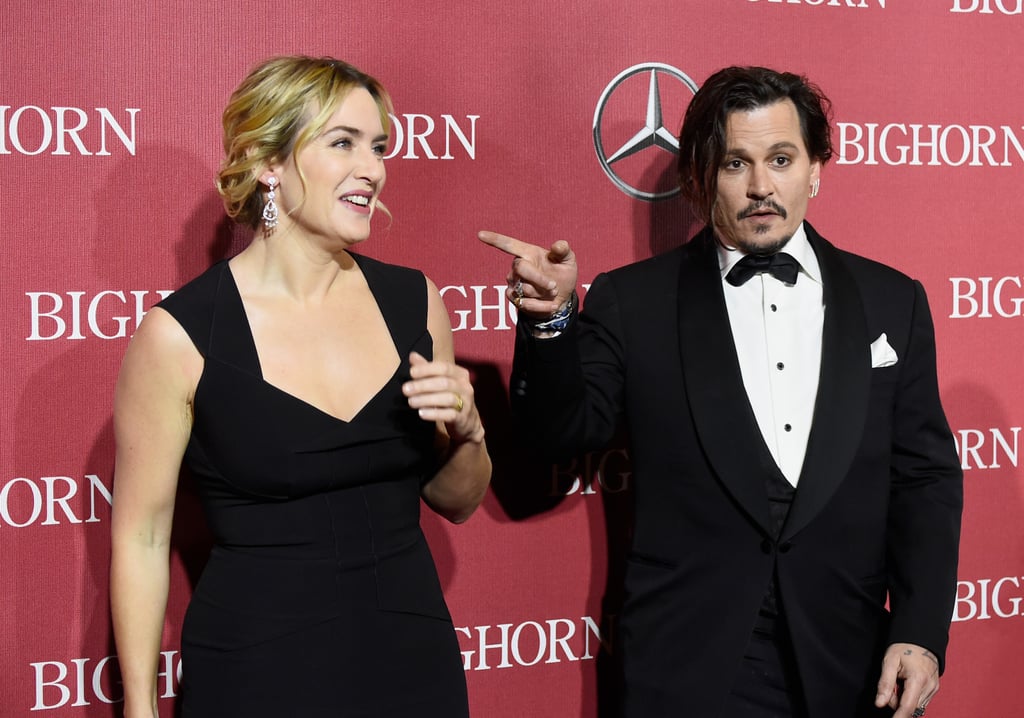 Johnny Depp had the support of his wife, Amber Heard, as well as his Finding Neverland costar Kate Winslet at the Palm Springs International Film Festival Awards Gala on Saturday night. The actors, who starred together in the 2004 drama, shared a big hug on the red carpet and posed for a few photos before heading inside, where Johnny was honored with the Desert Palm achievement award. Amber also took the stage to present the rising star award to The Danish Girl's Alicia Vikander, who was a vision in pale pink.

The annual ceremony, which serves as the unofficial kickoff to award season, also brought out big-screen heavyweights like Matt Damon, Helen Mirren, and Carol stars Cate Blanchett and Rooney Mara, who buddied up while arriving for the bash. Room star and Golden Globe nominee Brie Larson shone in an emerald green gown, while her onscreen son Jacob Tremblay looked adorably dapper in a tuxedo. Keep reading to see Johnny, Kate, and all the A-listers who showed up in style for the Palm Springs Film Festival.