Stars Descend on the Desert For the Palm Springs Film Fest

The 24th annual Palm Springs International Film Festival drew boldfaced Hollywood names on Saturday night. Stars including Ben Affleck, Naomi Watts, and Bradley Cooper were honored for their onscreen work, while Tom Hanks, Eddie Redmayne, Diane Lane, and other celebs presented the evening's awards. We were on the red carpet and inside for the star-studded dinner, where several of the awardees shared moving, funny, and heartfelt speeches. Naomi, who accepted the evening's Desert Palm Achievement Award for an actress from her The Impossible costar Tom Holland, thanked her longtime partner, Liev Schreiber, for inspiring her. She also expressed gratitude for their two young sons, Sasha and Kai, for "breathing life into me."

Birthday boy Bradley Cooper — who turned 38 yesterday — gave a short and humble speech when accepting the corresponding award for actor for his work in Silver Linings Playbook. It was one of newly single Bradley Cooper's first nights out since splitting from Zoe Saldana. Bradley couldn't escape host Mary Hart, who led the audience in a round of "Happy Birthday" in his honor before he left the stage. As Ben Affleck and his Argo cast closed the show, taking home the ensemble performance award, Ben asked Mary if she'd prompt the crowd to sing "Happy Birthday" for him, as well. "When's your birthday?" Mary asked. Ben replied, "August." 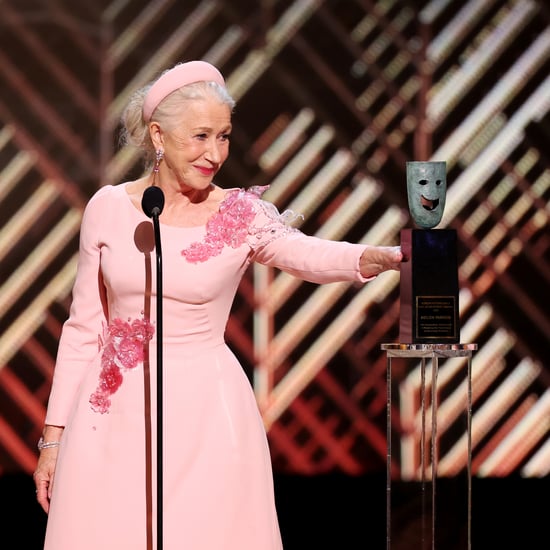 Helen Mirren
Helen Mirren Shares Her Secret to Success at the SAG Awards: "Be on Time and Don't Be an Ass"
by Princess Gabbara 2/27 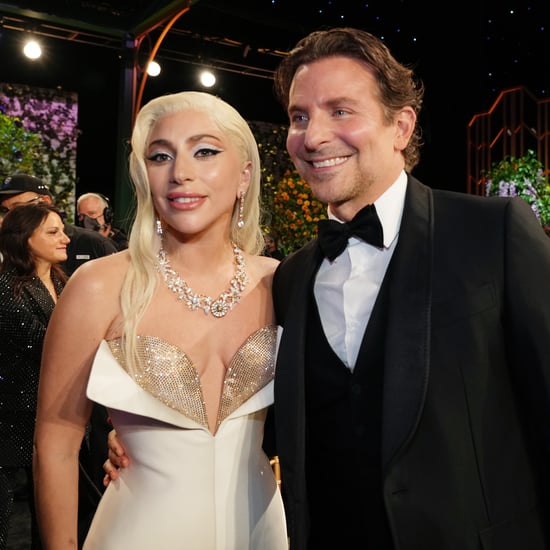