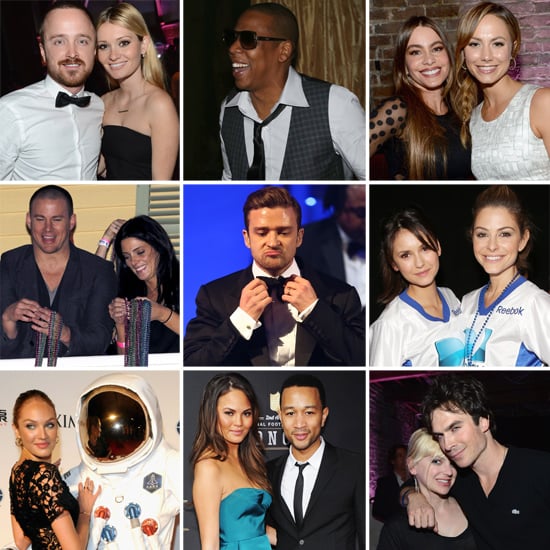 Super Bowl 2013 attracted plenty of stars to New Orleans, and even if they didn't make it to NOLA, celebrities took part in festivities around the country. The VIP bashes, house parties, and other events are all leading up to the big game between the Baltimore Ravens and the San Francisco 49ers and the coach-off between brothers Jim and John Harbaugh.

Channing Tatum partied with Ashley Greene at his bar, Saints & Sinners, while Sofia Vergara and Stacy Keibler linked up at the Audi party at the Ogden Museum of Southern Art. Nina Dobrev, Ian Somerhalder, Josh Hutcherson, and more got competitive during the celebrity beach bowl and Justin Timberlake was joined by Jay-Z on stage for a live performance at DIRECTV's Super Saturday Night party in New Orleans.

Lots more action went down, so click through to see all the star-studded Super Bowl party pics!