Twitter was aflutter this week with tweets about — you guessed it! — Twitter, as our favorite celebrities weighed in on the company's initial public offering on the stock market. Ellen shared some news that would make her wealthier than the original talk show queen, Oprah, while Lady Gaga's big news had Bette Midler considering a management switch-up. Check out all that and more in our roundup of this week's funniest celebrity tweets. 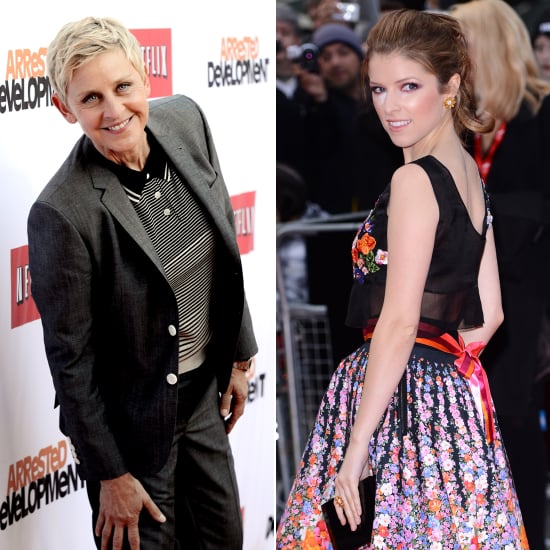 Hold up, Ellen . . . how many more Architectural Digest cover stories do you need?

Big news! Twitter is now on the stock market. Even better news -- I'm pretty sure I own 23 million shares. I'm rich!

Mark Duplass's financial portfolio is determined by his toddler.

While I was contemplating a teed up Twitter stock purchase, my 18 month old climbed onto my laptop and hit return.

"Keratin treatment will make your hair feel like it had a good workout." So, my hair will be sweaty, miserable and desperate for ice cream?

Bette Midler had a case of space envy.

Lady Gaga is set to be the first singer to perform in space AND she's bringing hair and make-up. I think I need new representation!

Can someone get Ryan Murphy on board with this?

4th season of American Horror Story will just be a shot by shot remake of CABARET with Kevin Spacey as the Emcee. #terrifying

Diablo Cody is way off from pulling a Jen.

Of course everyone is cutting their hair off as I'm growing mine out. I also just discovered Juicy sweatpants.

Keep laughing with the tweets below!

I wish I could illegally download better health care insurance.

Rob Delaney is contemplating the deeper questions in life.

Why IN GOD’S NAME hasn’t there a been a sequel to Romy & Michelle’s High School Reunion yet?

Who knew Jimmy Kimmel could sew?

Sometimes during sex I take a selfie.