Kate Middleton gave birth to a baby boy at St. Mary's Hospital in London! We've all breathed a huge sigh of relief and excitement, and celebrities have begun to chime in with their own reactions. A few have taken the moment to express excitement and congratulations, while others have seized the opportunity to provide a little comic relief. 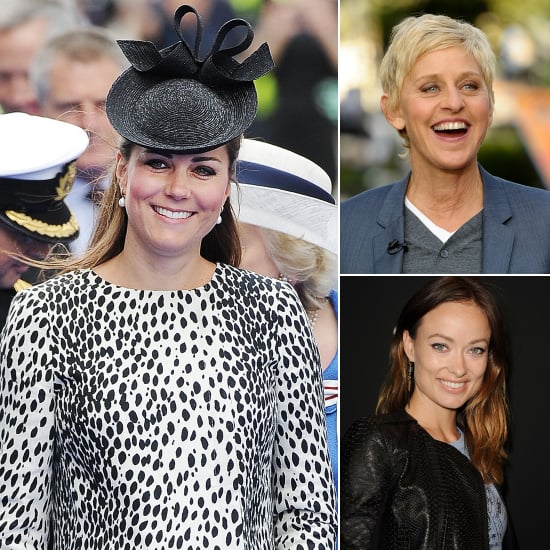 Check out the sincerest, the silliest, and the most hilarious reactions to Kate Middleton's journey into motherhood below!

I would be so honored if they named the royal baby, "Steve Martin."

It's a boy! So happy for my cousin Kate and the future King of England!

It's a boy! Perhaps Anderson? Or Cooper? @andersoncooper @DevnaShukla

Congratulations to Kate & William on the birth of their baby boy! So relieved that his name won’t include the words Ivy or Apple.

Check out the rest of the celebrity reactions when you read on.

I'm so bored now the royal baby's arrived. It's hot, my nose is blocked on one side cause of hay fever and i cant sleep. i am srsly grumps.

So pleased to hear that William and Kate had a baby boy. Long live the future king. MBB

upset there could never be a king harry

It's a BOY! #royalbaby I had a feeling it was a boy! Yay! Congrats Will and kate!

I don't understand how I'm still doing phone interviews when Kate Middleton is in labor. Don't they have to go cover the crowning?!

Today may be a good day to announce my new EDM DJ name: Royal Baby Labour

If Kate & William names their baby one of your kids names, you have to put that kid of yours to sleep. :(

Imagine the weird power rush you'd get from being the nurse assigned to check Kate Middleton's cervix.