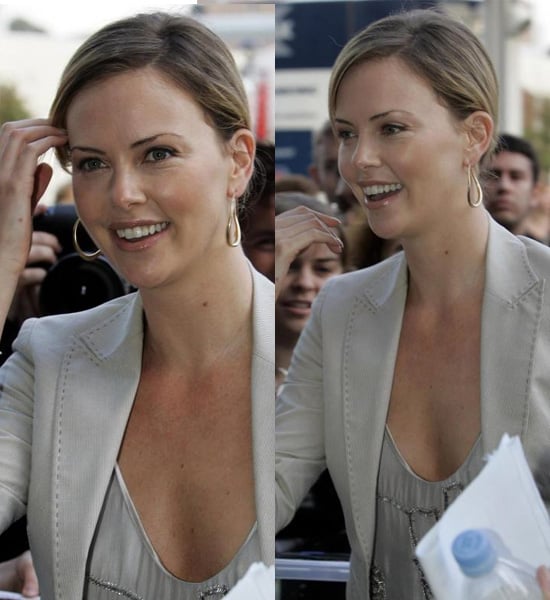 Charlize and Stuart Pair Up

Charlize is getting ready to star in Battle in Seattle, and she'll be working with her cute man Stuart Townsend. It's his directing debut, and he wrote the film too! I wonder if it's Oscar worthy material? Here's more: Set in 1999, during the World Trade Organization meeting in Seattle, an eclectic group of demonstrators, including environmental activists, doctors, anarchists, attorneys, eco-terrorists and just plain folks, brings the city to a state of near-chaos, and chases the WTO straight out of town.