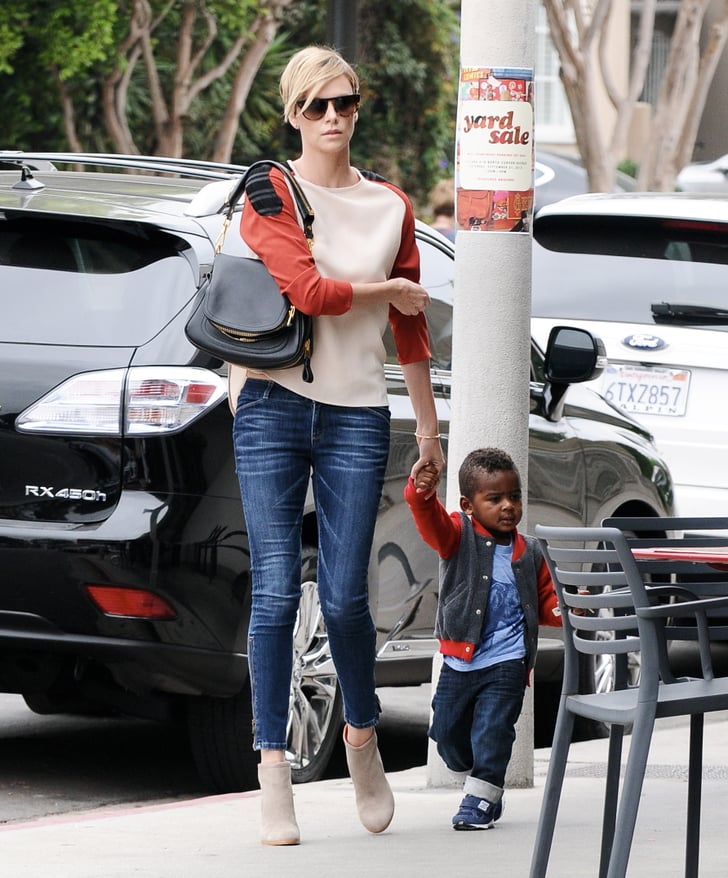 Charlize Theron and her son, Jackson, sported cute, color-coordinated looks for a lunch date at the BLD restaurant in LA on Friday. The little one showed off a tiny varsity jacket, cool kicks, and a faux-hawk as he walked hand in hand with his mom. The mother-son duo have been hanging at home on West Coast since wrapping up their Hawaiian vacation last month. They jetted off to celebrate Charlize's 38th birthday, and the actress logged lots of bikini time while relaxing with a group of friends on the beach.

Charlize has also been hard at work since filming began on her latest project, Dark Places, in late August. She headed to Louisiana to shoot scenes for the mystery thriller, which is based on the Gillian Flynn book by the same name. Charlize stars at the lead character, Libby Day, who witnesses the murder of her sisters and mother as a child and later begins investigating the brutal killing with a group of amateur crime solvers.

Samira Wiley
Samira Wiley and Lauren Morelli Welcomed Their First Baby, and Her Name Is My New Favorite
by Alessia Santoro 2 hours ago