Charlize Theron kept her famous blond hair tucked up into her hat on her way out of the salon in LA earlier this week. The actress played coy for the cameras but has a new high profile position to be proud of — on Friday she was named UN Peace Messenger. She will be focusing on violence against women, a cause close to her heart considering her history. That's not the only headline news for Charlize this week — she'll also be starring alongside Nicole Kidman in a dramatic new movie. 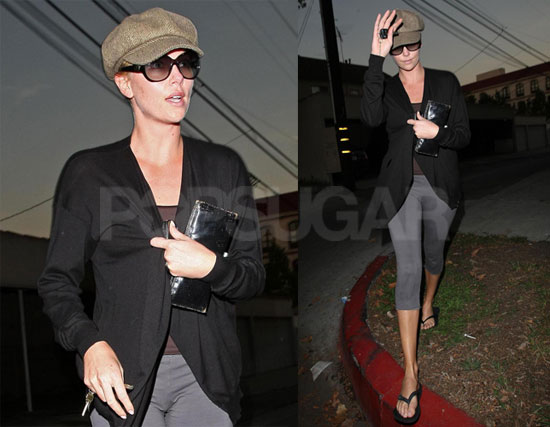 Charlize Theron
Around The Web

by Kara Kia 3 minutes ago