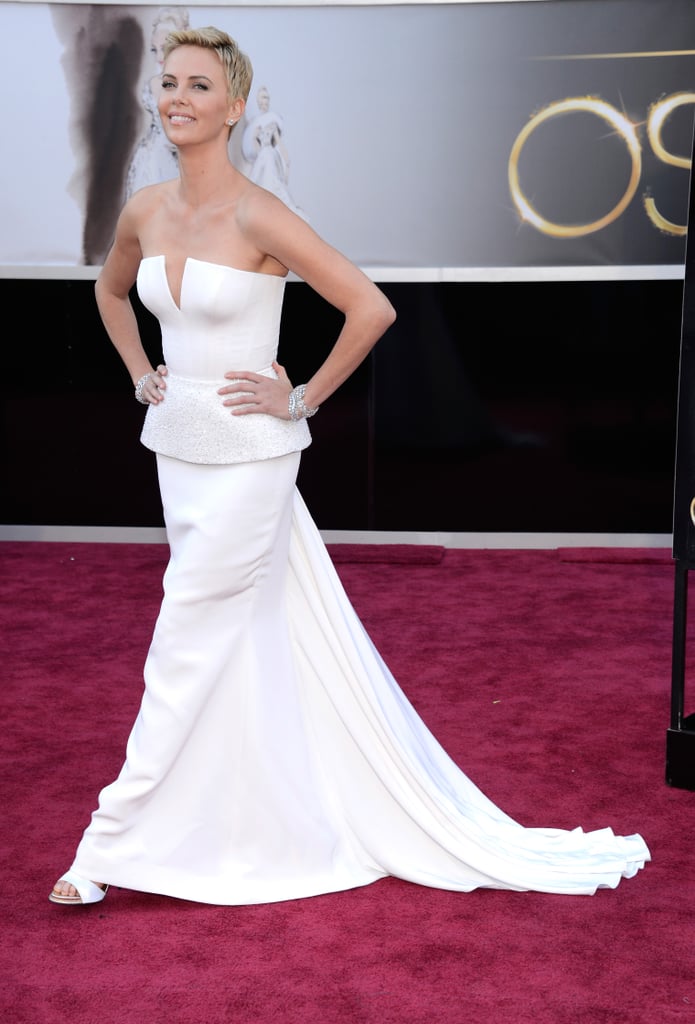 Charlize Theron struck a pose in a strapless white Christian Dior Couture gown at the Academy Awards in LA this evening. She's among the many presenters at the big show, including Mark Wahlberg, Meryl Streep, and Channing Tatum. This isn't Charlize's first 2013 award season stop, though — she hit the red carpet at the Berlin Film Festival's Cinema For Peace Gala earlier this month and attended the Crystal Award Ceremony at the World Economic Forum in January.

Make sure to vote on your favorite Oscars fashion and beauty with our polls, and check back for more Academy Awards action throughout the night!

Music
How Can Anyone Deny That Ashanti Is the Lady of Soul After This Greatest-Hits Performance?
by Njera Perkins 4 days ago

Music
Silk Sonic Performed "Fly as Me" and "Smokin Out the Window" at the Soul Train Awards — Watch!
by Princess Gabbara 4 days ago