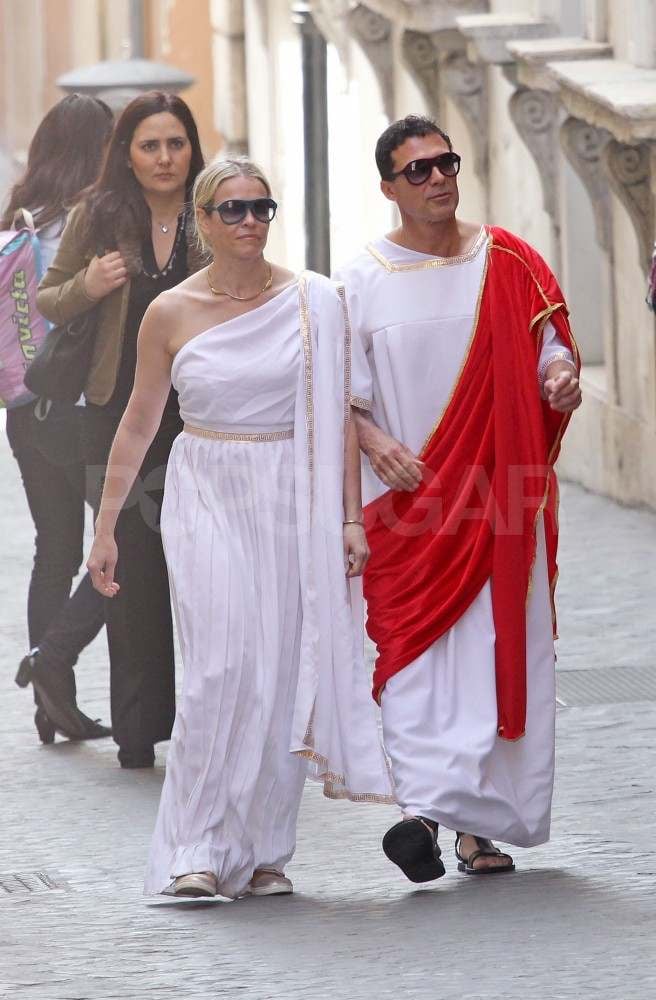 Chelsea Handler and her on-again boyfriend, Andre Balazs, got festive during their trip to Rome on Wednesday. The couple, who are back together after splitting in November 2011, wore toga-inspired outfits to tour the city. Chelsea and Andre visited the Galleria Borghese Museum, relaxed on a bench in the garden, and then doubled up on a Vespa to ride to dinner. On Tuesday they were spotted snapping pictures while checking out Marcello's Roman theater, Piazza Navona, and the Pantheon. The vacation comes a week after the finale of Are You There, Chelsea? aired on NBC to wrap up its first season. Chelsea is still on the small screen, though, with her Chelsea Lately and After Lately talk shows still running.