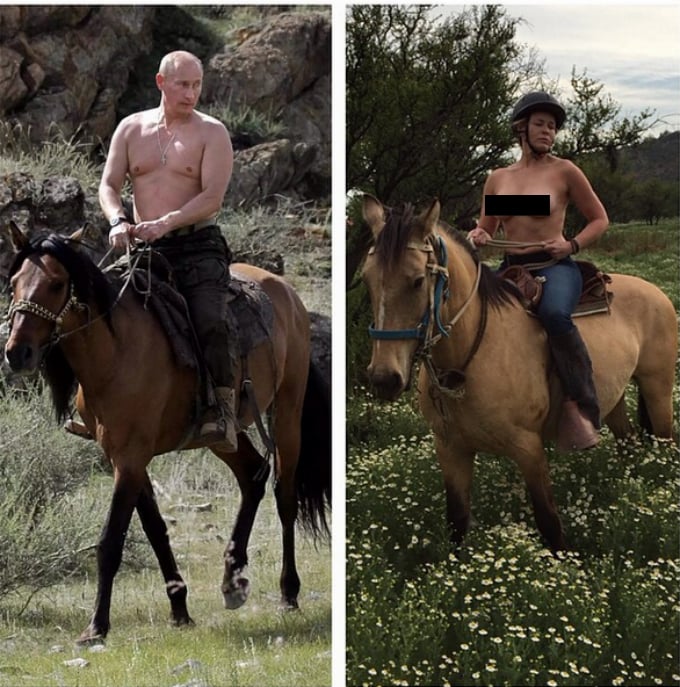 Chelsea Handler's NSFW Instagram Kicks Up a Lot of Controversy

Chelsea Handler is the latest female celebrity to get in trouble with Instagram for posting a topless photo. The comedian shared a funny — and very NSFW — photo of herself on the social media app on Thursday, showing her riding a horse while bare breasted alongside Russian president Vladimir Putin's infamous topless horse-riding snap. The picture, which wasn't censored, was quickly removed by Instagram, and Chelsea shared her frustration in another post, taking a screenshot of the notification she got from the app and writing, "If a man posts a photo of his nipples, it's OK, but not a woman? Are we in 1825?"

Chelsea is hardly the first star to get frustrated with Instagram's anti-nudity stance. Rihanna famously deactivated her account after the app took down an image she had shared of one of her topless photo spreads (link NSFW). She has since taken her fun social media sharing to Twitter. Keep scrolling to see Chelsea's original topless picture and her message from Instagram.

Previous Next Start Slideshow
Chelsea HandlerCelebrity Instagrams
Around The Web