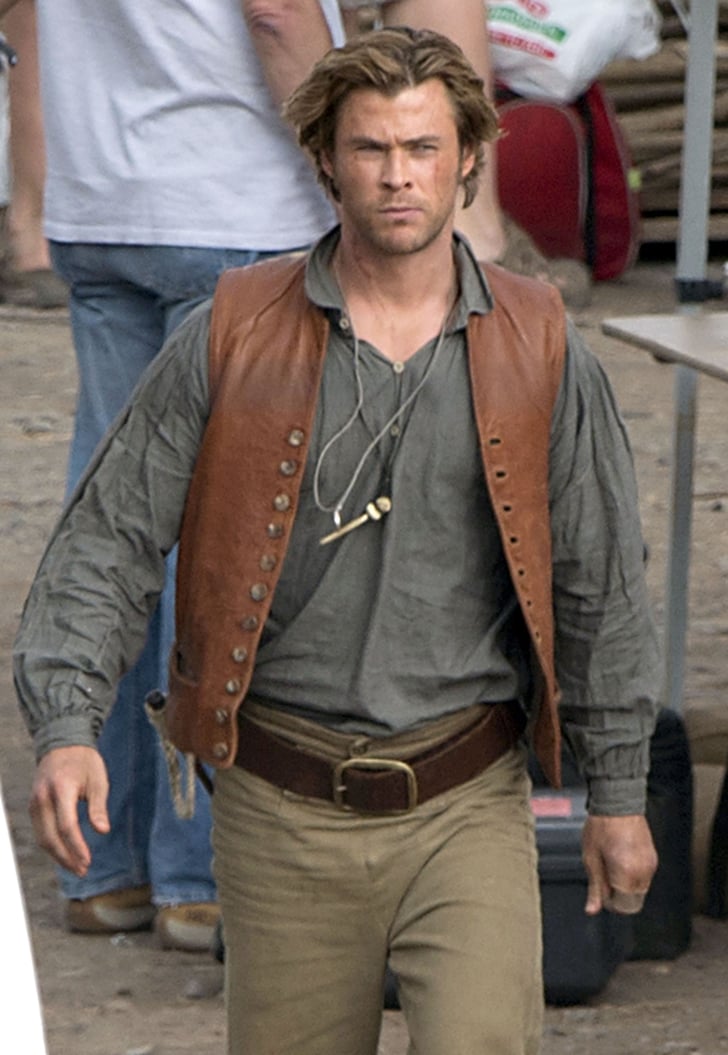 Chris Hemsworth reported for duty on the set of his latest project, In the Heart of the Sea, in La Gomera, Spain, on Wednesday. Chris stars as the first mate on a whaling voyage in the drama, which is based on the book of the same name. During his breaks from filming, the actor posed with a few local fans and got a special visit from his 1-year-old daughter, India, who practiced her walking skills with the help of friends.

Chris and his wife, Elsa Pataky, brought their little girl along for some sightseeing on the tiny island earlier this week, just days before it was announced that the couple is expecting their second child. It's just the latest bit of good news for Chris, who spent most of the month traveling the globe for the Thor: The Dark World press tour with his costars, Natalie Portman and Tom Hiddleston. The trio's promotional push definitely paid off, as the action sequel has topped the box office for two weeks in a row and raked in over $30 million.