Poor Clay Aiken is supposed to be clearing the air about the gay rumors while he promotes his new album, but he still leaves us hanging. We personally could care less but when you hear his name, or look at his latest hairdo, gay comes to mind. When asked directly if he was gay, he said, 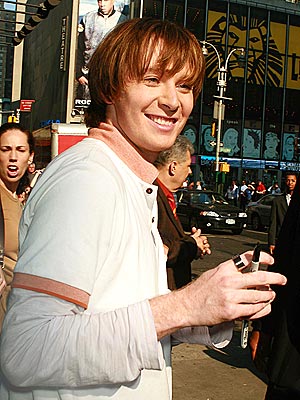 "What do you say (to that question)? … It's like when I was 8. I remember something would get broken in the house, and Mom and Dad would call me in and say, 'Did you do this?' Well, it didn't matter what I said. The only thing they would believe was yes. … People are going to believe what they want."

I guess when going from geek to chic the world speculates and like Clay said, we'll believe what we want.