It's been a long time since we last saw Clive Owen's wonderful face (at the Toronto Film Festival in September, to be exact), but thankfully he's back and looking so joyous! He's with Naomi Watts in Milan on the set of The International, an action-thriller in which the two try and take down a bank accused of arms brokering. You know, typical light-hearted Clive Owen fare. As for Naomi, she just scored a big role opposite Tom Hanks in Angels and Demons, the prequel to The Da Vinci Code, although production on that film has been delayed due to the writers' strike. Hopefully that just means more of little Alexander in the meantime. 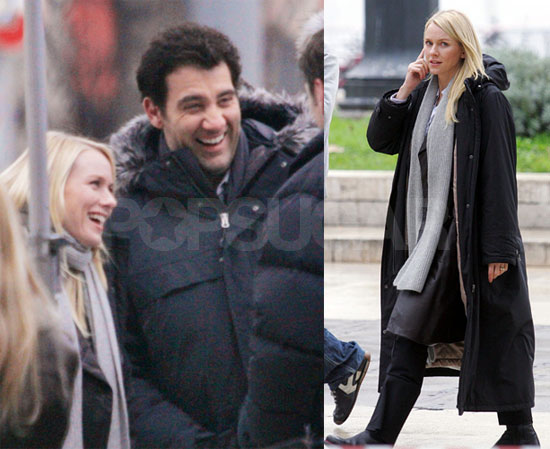