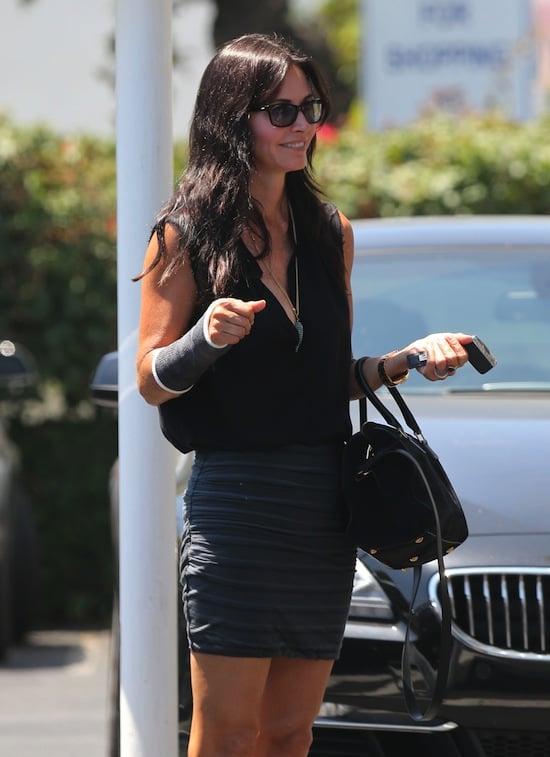 Courteney Cox was all smiles during a shopping trip in LA today, even while wearing a black cast on her right arm. Courteney reportedly took a spill and snapped her wrist while relaxing with friends in Cancún, Mexico, last weekend — what a bummer ending to a beach vacation! Luckily, Courteney was still able to log some bikini time before cutting her getaway short. She hit the ocean in a black two-piece with her daughter, Coco Arquette, and her Cougar Town costar Brian Van Holt, whom she is rumored to be dating.

While Courteney was in Mexico (and later, we imagine, in the emergency room), her close pal Jennifer Aniston threw a birthday bash for fiancé Justin Theroux at her home in LA's Bel Air. Jen likely won't be able to sign her friend Courteney's cast anytime soon, since she's stationed overseas on a press tour for her Summer comedy, We're the Millers. 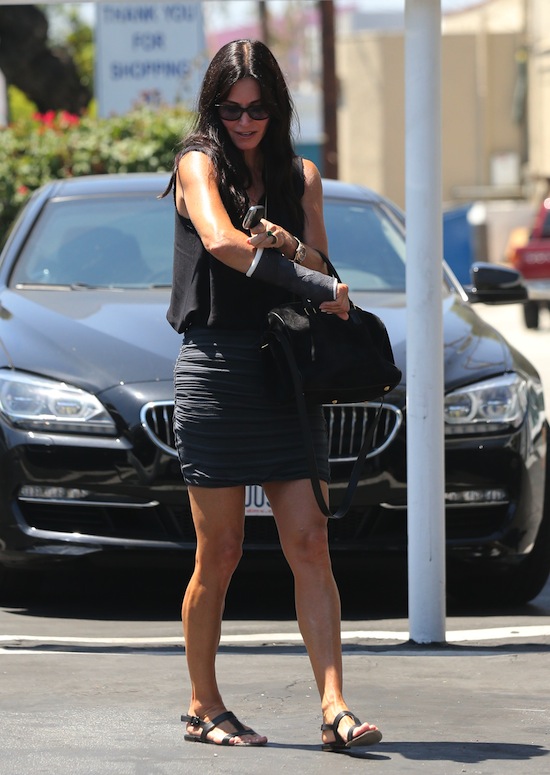 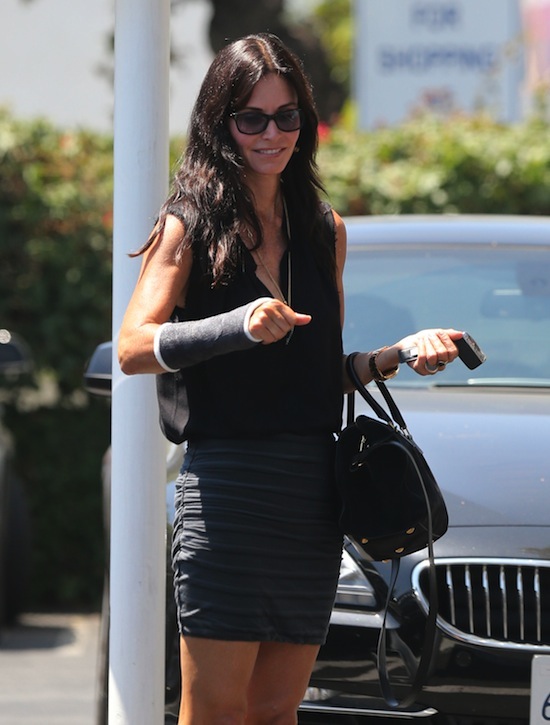 Courteney Cox
Courteney Cox Covered the Friends Theme Song on the Piano, and Man, I Miss This Show
by Yerin Kim 2/17