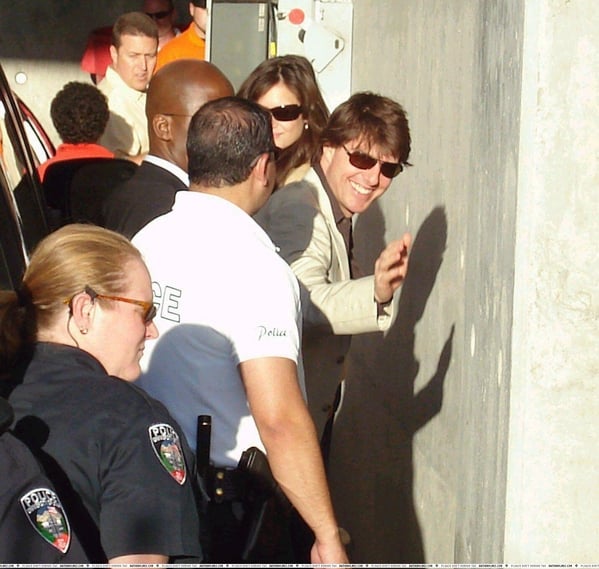 Everyone seems to have a creepy Cruise story these days so we thought we would bring you another. Most recently Tom has been weirding people out by hiding Suri, but it seems his strange behavior has been going on for a very long time. He even scared Yankee legend Joe DiMaggio in the mid-90's. Here's more: "He'd show up at baseball-signing shows and wait for Joe to come out," says the source. "One time, he waited outside a restaurant for him for three hours. [DiMaggio] called him 'a short little guy.' He didn't like it. He felt like he was stalking him. Joe said to me, 'This guy is following me around everywhere I go,'" says our spy. "'Next time, I'm going to call the cops.'"

I'm sure Tom has a reason for wanting to meet Joe so badly. Maybe he was researching for a role or something. Poor Tom already has such a complex about his height and now this story comes out about the short little guy. Check out Tom and Katie leaving Beckham's soccer game the other day. He's all smiles as he somehow manages to always look taller than his fiance. I wonder how they work that magic.