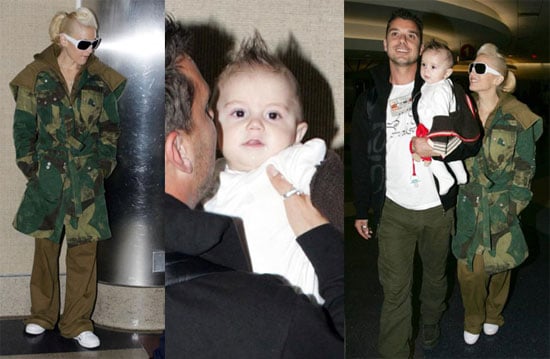 How cute is Kingston with his little fauxhawk? The kid just won't quit! And we love how Gwen and Gavin just take him everywhere they go so we get to see him all the time. Gwen said soon after Kingston was born she realized he had the kind of temperament that would allow her go back to work. She said some other cute things about her son. Here's highlights: 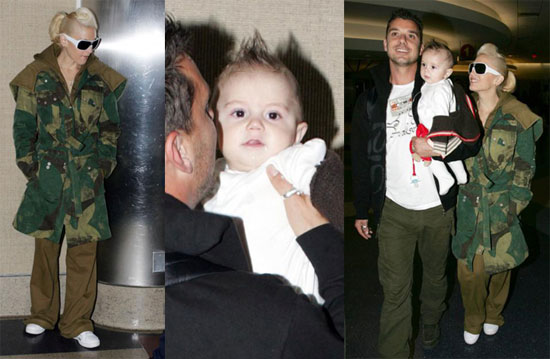 It looks like Gwen made the right decision in putting out her album. The Sweet Escape debuted at number three on The Billboard 200! For more pics just read more