The Cannes Film Festival wraps up this weekend after welcoming Hollywood's biggest names to its red carpets. There were plenty of famous faces during the French festivities, but it was the cute couples who really stole the show. Brad Pitt and Angelina Jolie showed their lasting love at Brad's The Tree of Life premiere, while Michael Sheen and Rachel McAdams stepped out publicly for the first time as a duo. Joshua Jackson and Diane Kruger were the picture of glamour, and Gwen Stefani and Gavin Rossdale filled their overseas trip with sweet moments. Jon Hamm and Jennifer Westfeldt made the rounds side by side, and Dev Patel and Freida Pinto were an adorable match. So, tell us — which one of these twosomes do you think was the cutest at Cannes? 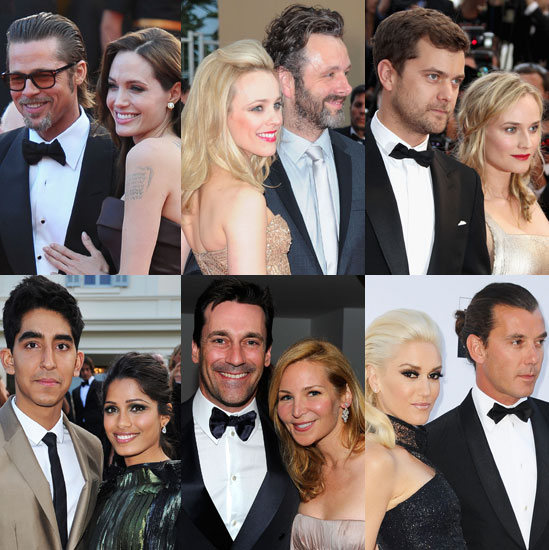