Dakota Fanning shows off a range of hairstyles in August's Marie Claire. She's riding high on the box office success of Eclipse, and now is taking it easy following her press whirlwind for the film — she joined her costars for the big LA premiere, and sat down last week for a solo interview on Jimmy Kimmel. Dakota spoke to a writer from the magazine about her past as a child star, playing a vampire, and even the kiss she shared with Kristen Stewart in The Runaways. She said: 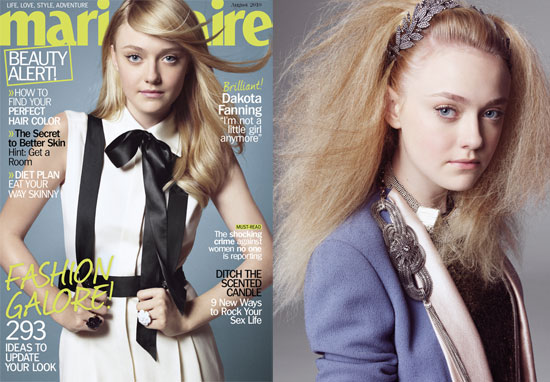 by Kara Kia 54 minutes ago