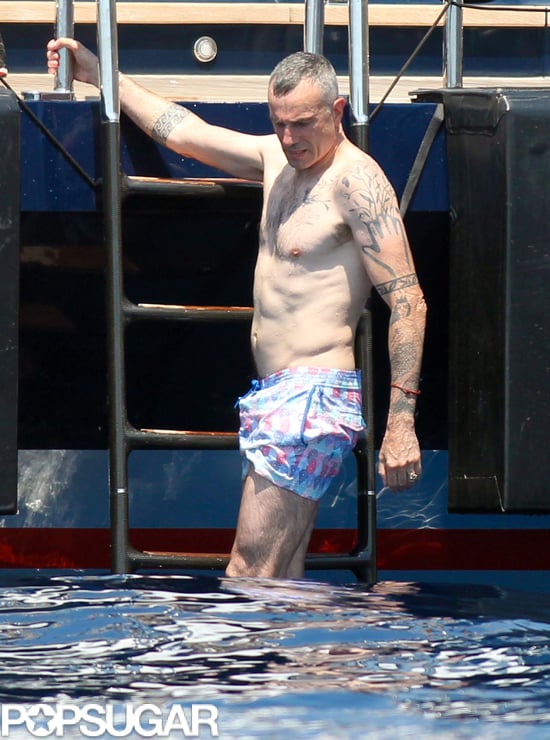 Daniel Day-Lewis showed off his shirtless body when he took a dip during a yacht trip off the coast of Italy on Saturday. The actor is spending time on Steven Spielberg's yacht, Seven Seas, in Lipari, Italy, but the director was not spotted on the boat during Daniel's dip. Daniel has mostly been laying low since he won the Oscar for best actor in February. 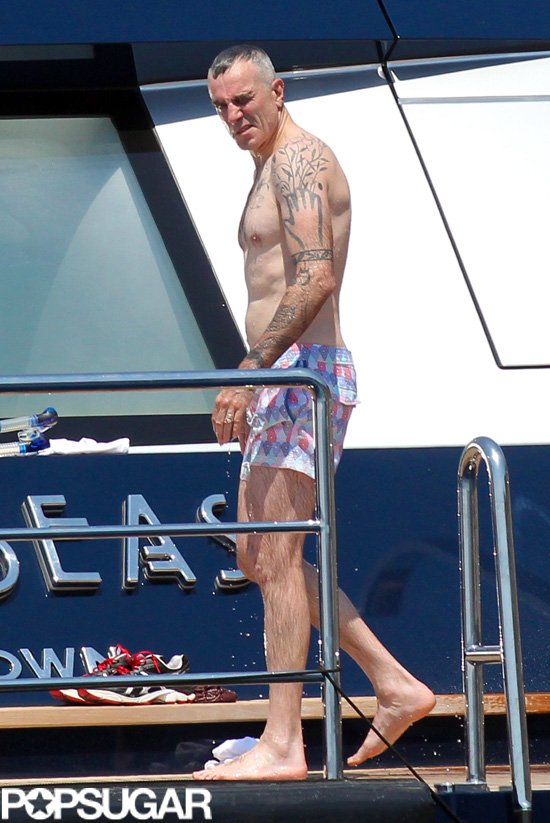