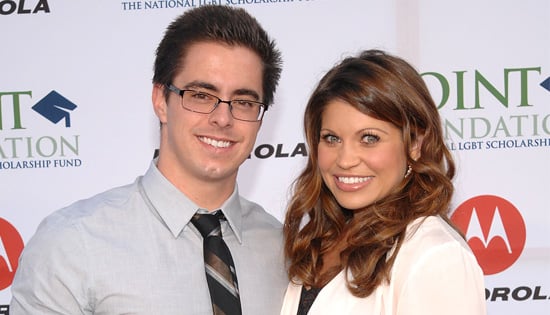 Danielle Fishel may have married Ben Savage on TV, but on Saturday, the Boy Meets World star tied the knot with her real-life fiancé, Tim Belusko, in a "short and sweet" ceremony in LA. People confirms that the actress wore a lace Enzoani strapless gown at the altar as more than 200 guests looked on. Danielle, who is gearing up to reprise her role as Topanga Lawrence on the upcoming spinoff Girl Meets World, recently shared details of her "kind of big" wedding, saying, "Midnight blue is my main color. It's going to be really fun! I'm really excited about it."

Danielle also revealed that she and Tim, who dated for five years before getting engaged in May 2012, will be taking their honeymoon in Maui before Girl Meets World begins filming in November. About prepping for the show with her onscreen family, she said, "Ben [Savage] and I take the kids out for dinner occasionally. We've tried to bond, and I think we're already a real-life family, so it's going to be nice."

Big congrats to Danielle and Tim!