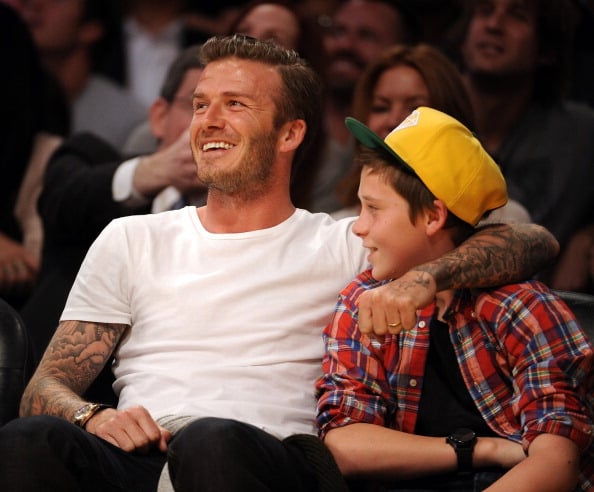 David and Brooklyn Beckham had floor seats for the Lakers game in LA yesterday. The boys snacked on nachos and chatted with Denzel Washington during the matchup, which ended with the home team beating the Miami Heat. It was an extra special outing for Brooklyn, since it was his 13th birthday. The fun continued with a bash at the Beckhams' house, where their dog Coco got into the celebration by wearing a party hat and Victoria shared a snap of the pup's festive look on Twitter. David and Victoria are coming off a busy few weeks that included a stop in NYC for Fashion Week and an appearance at Vanity Fair's Oscar party.