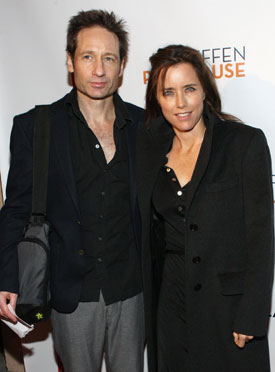 David Duchovny and Tea Leoni announced that they have once again separated, his rep confirmed to PopSugar. David and Tea last split in 2008 but reunited soon after and have seemed to be going strong since early 2009.

David and Tea tied the knot in 1997 and have two kids together, Madelaine, who is 12, and Kyd, who is 9. According to reports, David and Tea have not decided to divorce at this point. In the meantime, David is working on the fifth season of Californication in LA.