As usual, we are looking forward to the latest issue of VF. Demi Moore is the cover girl but this time she is not pregnant (although Star will probably report that she is soon). In the interview, Moore opens up about her relationship with Ashton and talks about everything from having more kids to how surprised she was to find herself in love with a 25 year old man. Here's More: 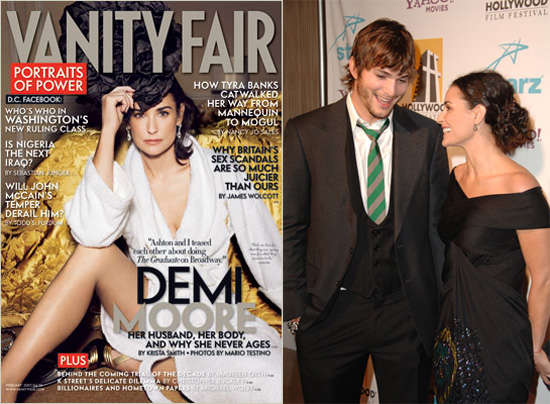 "If somebody would have said, `OK, here is the prediction: You're going to meet a man 25 years old and he's going to see being with you and having your three kids as a bonus,' I would have said, `Keep dreaming,'" the 44-year-old actress says in an interview in Vanity Fair magazine's February issue, on newsstands Jan. 9.

"I think it caught us both by surprise, and particularly him," Moore says of Kutcher, who is now 28. "He was in this real rise of his career just as we met, which for a young man is prime opportunity for heavy-duty play."

So basically she sounds like she was surprised that Ashton gave up a lot of young Hollywood ass for her. Demi sure got lucky with a cool husband like Bruce for all those years and now a hot husband like Aston to keep her young. Maybe the beautiful actress will realize she doesn't need the plastic surgery anymore. She sure looks stunning in the pages of the VF. 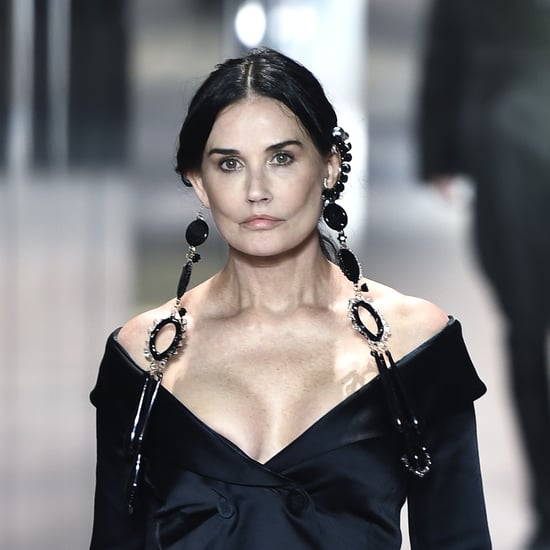