Demi Moore is divorcing Ashton Kutcher, she announced today. In a statement, Demi seemed to allude to her and Ashton's recent troubles. She said: 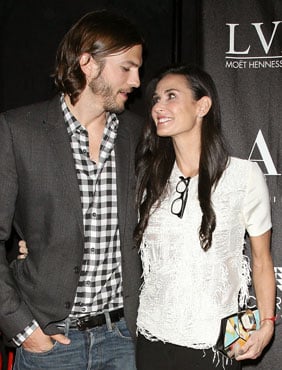 "It is with great sadness and a heavy heart that I have decided to end my six-year marriage to Ashton. As a woman, a mother and a wife there are certain values and vows that I hold sacred, and it is in this spirit that I have chosen to move forward with my life. This is a trying time for me and my family, and so I would ask for the same compassion and privacy that you would give to anyone going through a similar situation."

Ashton, in turn, responded on Twitter. He wrote, "Marriage is one of the most difficult things in the world and unfortunately sometimes they fail."

Tell us — are you surprised that Demi and Ashton have decided to officially call it quits?