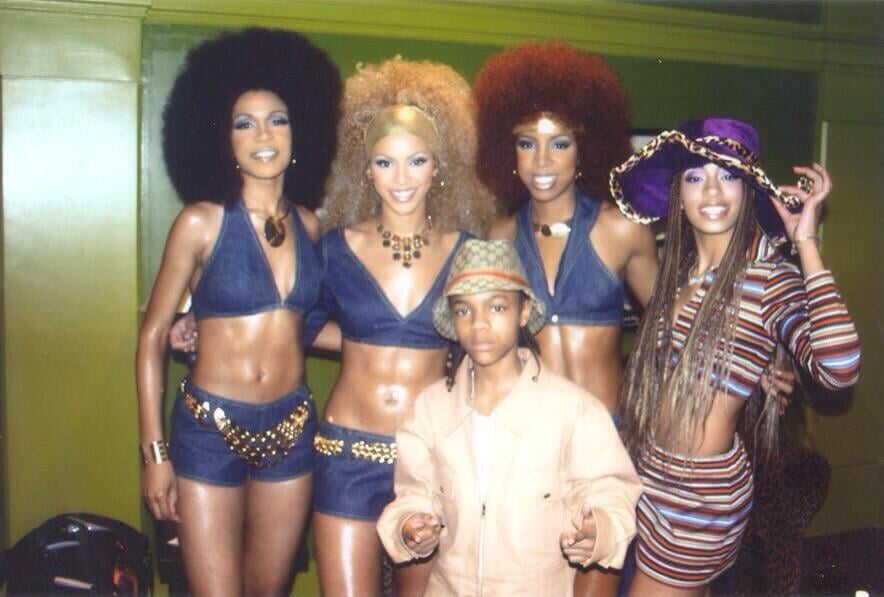 It's hard to believe that Beyoncé has been running the world for almost a quarter of a century, but this epic throwback photo of Destiny's Child is a big reminder of how long she's been in the biz. At the height of the girl group's success in 2000, their hairdos were at their highest, too. With big Afros and baby-oiled abs, Beyoncé, Michelle Williams, and Kelly Rowland were ready to put on a show — with then-Lil' Bow Wow in tow. Bey's sister, Solange Knowles, posted the hilarious photo on Thursday, asking the age-old question: "Why didn't nobody put the baby oil on MY abs?" Solange doesn't have a matching all-denim outfit like the other girls' bikini tops and short shorts, but she did rock quite a multicolored crop-top ensemble, miniskirt, and purple velvet hat. The only way to describe this photo is exactly as Solange captioned it: "Oh, the year 2000."

Nostalgia
Are You Confused by the Current Generational War? Congrats, You May Be a Zennial!
by Mary Everett 7 hours ago

Nostalgia
Miley Cyrus and Lil Nas X Re-Created a Hannah Montana Scene, and Their Acting Is on Point
by Yerin Kim 2 days ago