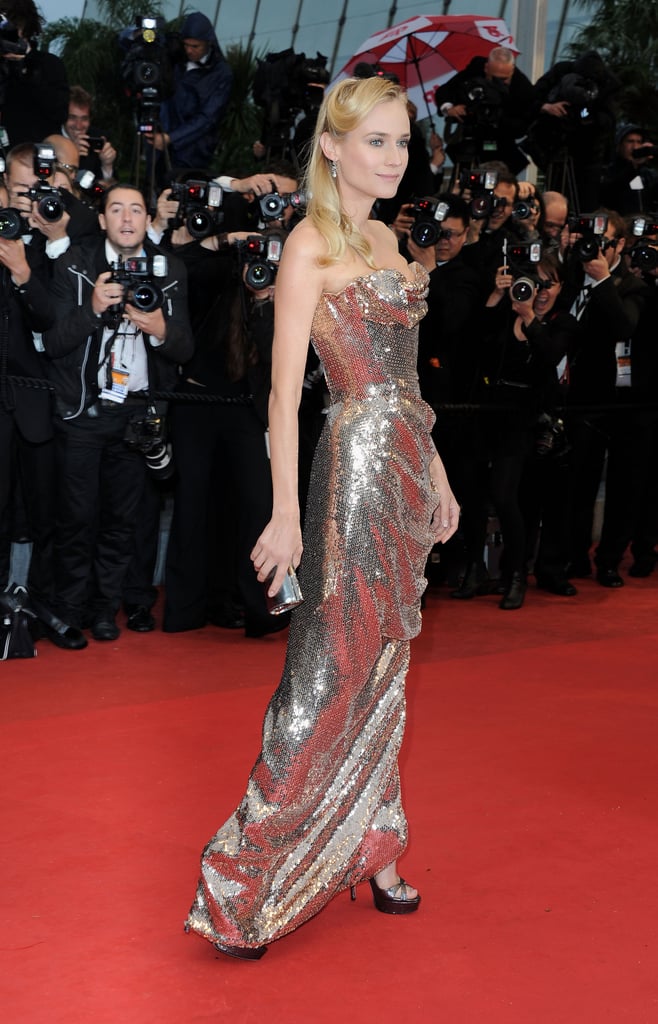 A little rain didn't stopped the glamorous happenings at the Cannes Film Festival in France today. Juror Diane Kruger hit the red carpet for the premiere of Amour in a sequin Vivienne Westwood gown with Joshua Jackson by her side. He helped shield the rain by carrying a large umbrella, which the two posed beneath. Diane and Josh have been busy during their stay in the south of France and have already attended the Calvin Klein party and the Haiti: Carnival benefit. They didn't pop up at last night's Vanity Fair and Gucci bash though Salma Hayek, Naomi Watts, and Jennifer Connelly were on hand for the fun. There's still a week left of Cannes excitement, so make sure to follow PopSugar on Twitter for the latest at all the events!