Kanye gave some solid performances last night at the VMAs, but he was less than pleased about losing to JT in 2 categories. Apparently Mr. West had a tantrum backstage, saying, "That's two years in a row, man ... give a black man a chance. I'm trying hard man, I have the ... No. 1 record, man." He followed up today with an interview confirming that he has canceled all his upcoming appearances on MTV, citing a number of grievances against the network. We can understand his frustrations but do you think Kanye is just acting like a big baby? 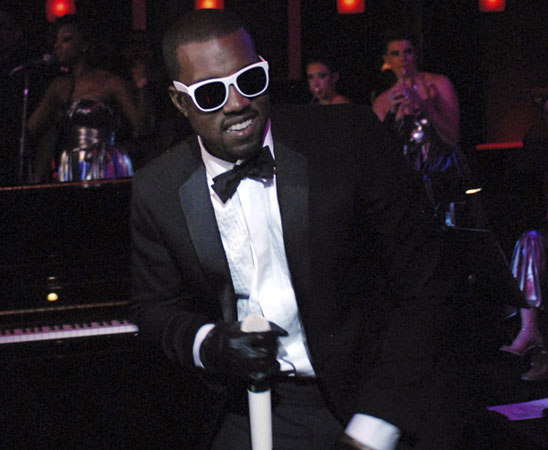 Kanye WestMTV VMAs
Around The Web

Father's Day
Kim and Kanye Twinned in Leather Outfits, but How Cute Is North's Custom Cow-Print Dress?
by Nikita Charuza 3 weeks ago

Kanye West
So . . . Yeezy Might Be Launching Beauty Products Soon
by Danielle Jackson 4 weeks ago