Jason Lewis smiled for photographers yesterday as he hopped into his car in NYC. He's in the Big Apple to promote Charisma bed linens, which he wholeheartedly endorsed by revealing that he sleeps between them naked. Mental image aside, seeing hot Jason has us looking forward to Sex and the City 2's upcoming release. Jason told us a year ago that he'd be back in the sequel, and we caught a glimpse of him on set in October. His character has competition for Samantha's heart in this movie from Max Ryan, who's OK after a recent motorcycle accident. It'll be fun to see Jason back with the ladies, but we'll see if he ends up with Samantha. So tell us — do you have high hopes for Jason in SATC2? 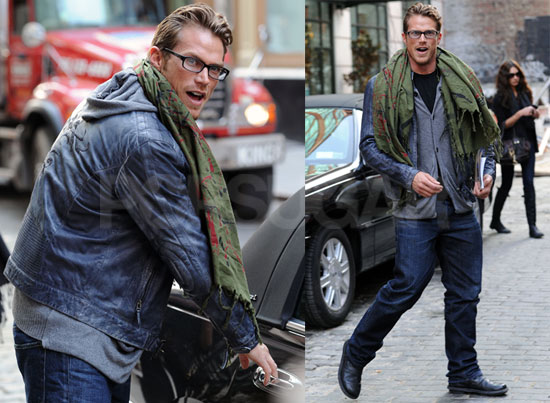