Lately, we've seen lots of Angelina Jolie in costume and filming The Tourist, but back in the '90s she was a teenage model. We've had a look before at some of her early bikini modeling shots, and a new round was just released ahead of an upcoming Hollywood photo auction. She certainly didn't mind showing a little skin at a relatively young age, so tell us — do you like seeing photos from Angelina's old modeling days? 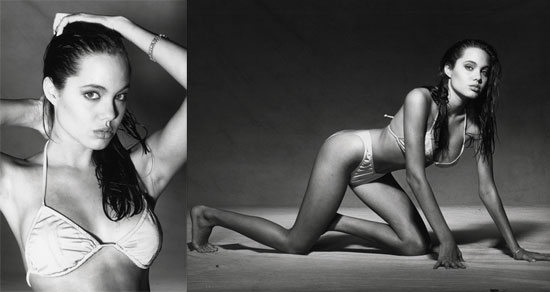