Sacha Baron Cohen has been making the interview rounds to promote Bruno, usually appearing in costume as his over-the-top character. We got to actually see Sacha himself on Tuesday night when he appeared on The Late Show, and it was a big change from Bruno's typical antics. He might be trying to soften the film's image before its release tomorrow by going as himself, but tell us — do you prefer seeing Sacha or Bruno in interviews? 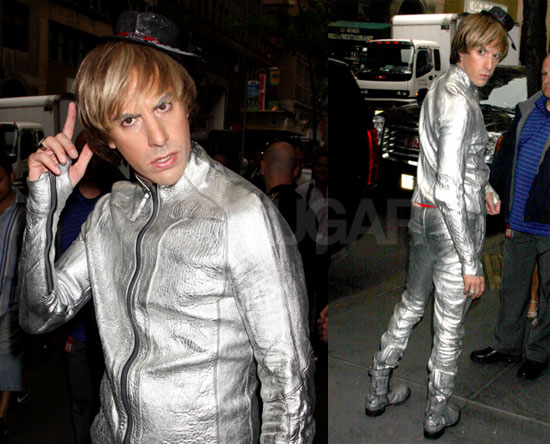