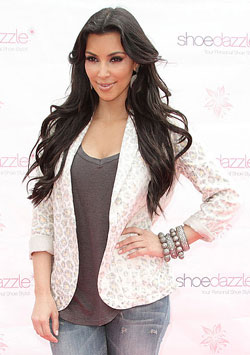 Kim Kardashian and Reggie Bush confirmed their split earlier this week and since then there have been rumors that they're both moving on already. Yesterday Kim Kardashian laughed off the false claims she hooked up with English soccer player Wayne Bridge. Another story suggested Reggie Bush has already been flirting up a storm and hanging out with a tattooed blonde. So, tell us — do you think Kim should move on and start dating?