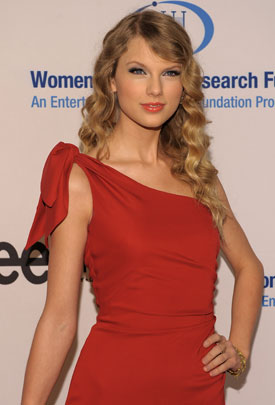 Taylor Swift has been busy with non-musical endeavors like red carpet events and rumored evenings with John Mayer, but she'll be back doing what she does best with a performance at tonight's Grammy Awards.

She's also nominated in eight different categories, including Best Country Album, Song of the Year and Album of the Year. Taylor has already shattered plenty of records over the last six months, including having the most first-week downloads ever and becoming the youngest person to ever receive the Entertainer of the Year Award at the Country Music Awards. She's still apparently nervous for the Grammys, but tell us what you think — will Taylor Swift sweep the show tomorrow?

Taylor Swift
I Made My Cat Try a Cat Backpack Because of Taylor Swift, and TBH, He Seemed Into It
by Maggie Panos 9/30