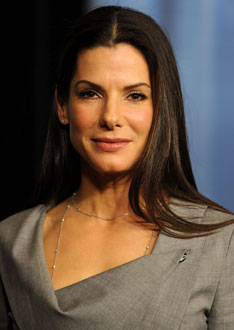 It's been only a few days since the scandal linking Jesse James to another woman surfaced, and his wife Sandra Bullock has been laying low. She reportedly moved out of their family home last Monday, leaving Jesse with his children to do the school run. He issued a public apology on Thursday, though Sandra has yet to say anything herself. Sandra may be taking a chance to collect her thoughts after this roller coaster month, which started with her amazing Oscar win. Sill, fans are curious to hear what she has to say and eager for Sandra to speak rather than seeing the alleged mistress in all the headlines. So, tell us what you think — should Sandra Bullock issue a statement about Jesse's alleged infidelity?