Britney Spears has already scored two VMA nominations for this year's upcoming show, and this week the pop star shot a promo for the show with Russell Brand. Beyond Brit teasing Russell for being unknown, there is a giant elephant literally in the room serving as a little reminder of last year's debacle. More nominations will be revealed tonight on FN MTV, but we've already gotten word that Jordin Sparks and Miley Cyrus will be among the nominees for Best New Artist Video for "No Air” and “7 Things." Of course, we're most excited to see Brit's promo, and can't help but wonder whether or not she'll be one of the many awesome surprises come award night Sept. 7. What about you — do you want to see Britney perform at the VMAs? 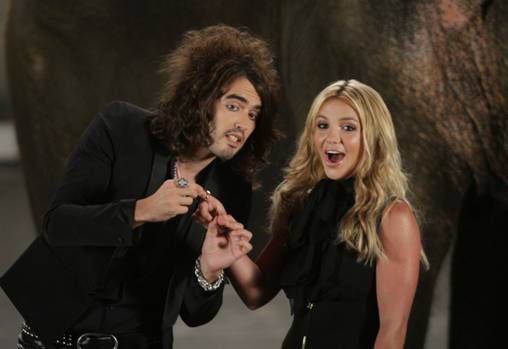