David Beckham stepped out of his hotel in New Jersey this morning after playing with the Galaxy last night. David's back in the States for now, but not all of the fans have greeted him with open arms. He was booed when he stepped onto the field in New Jersey, but the team still went on to win the game. A lot of Galaxy supporters feel snubbed after David's long stint with AC Milan, especially since he was so open about trying to stay overseas. So we want to know — does Beckham's soccer drama change your view of him? 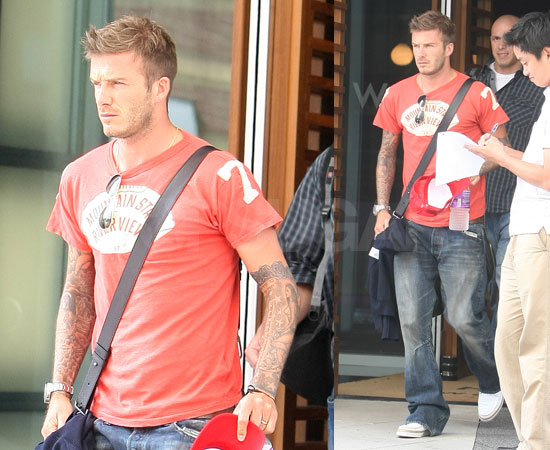