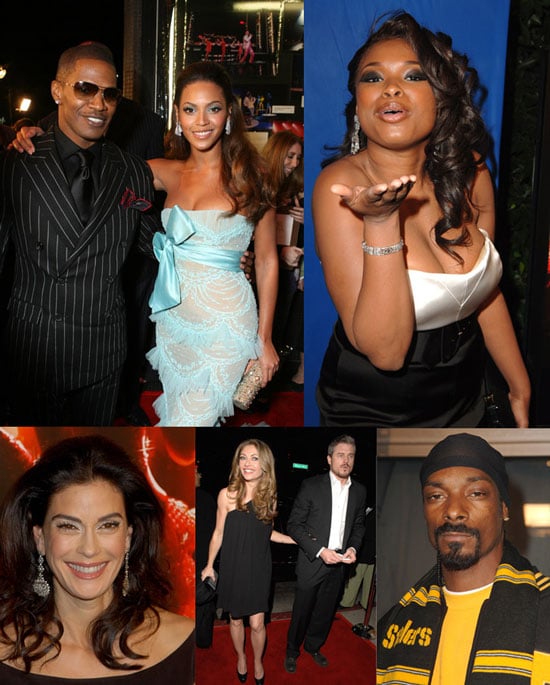 The big LA premiere of Dreamgirls was last night. Beyonce looked like she was floating down the red carpet in her Tiffany blue gown. Lots of TV friends including the cast of Grey's Anatomy, Desperate Housewife Teri Hatcher, and even Beyonce's girlfriends from her days with Destiny's Child came out to support them. Jamie Foxx and Beyonce spoke a bit about the film on the red carpet. Here's more: 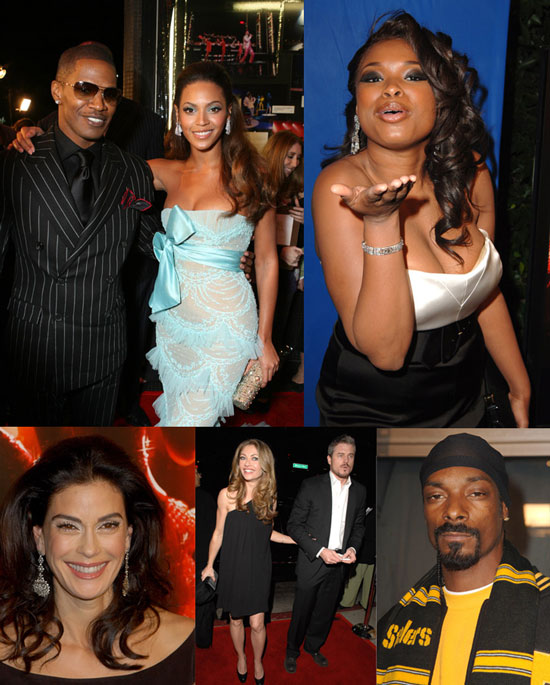 "I've been hearing about this Broadway musical since I was nine years old and now here I am!" Beyoncé tells our PAT O'BRIEN. "It's amazing. It's incredible."

Once again Eddie Murphy brought his new girlfriend instead of pregnant Scary Spice. They came to to the big star studded NYC premiere as well. Dreamgirls will be in theaters Christmas day. Until then many more pics including Andie MacDowell, Eddie Murphy, Katherine Heigl, Rebecca Gayheart, Eric Dane, Isaiah Washington, Jennifer Hudson, Paula Abdul and many more, just read more

Tiffany & Co.
Beyoncé's Cover of "Moon River" Will Give Your Goosebumps
by Kelsey Garcia 9/13

Tiffany & Co.
As Part of Their Tiffany & Co. Collab, Beyoncé and JAY-Z Created a Scholarship Fund For HBCUs
by Victoria Messina 9/09