Drew Barrymore showed off a dramatic bleach blond hairdo around LA earlier this weekend. She was almost unrecognizable thanks to the hair — not to mention those stiletto heels. We've been seeing a lot less of Drew these days since she broke up with Justin Long in July after their lengthy PDA fest. While she moved on and was quickly spotted playfully kissing Ed Westwick in NYC, rumor has it there's another new man in her life. Apparently she's been spotted getting cozy with Jason Segel in LA. Drew may be one of the many stars of He's Just Not That Into You, but that doesn't sound like a problem she has in her real life. 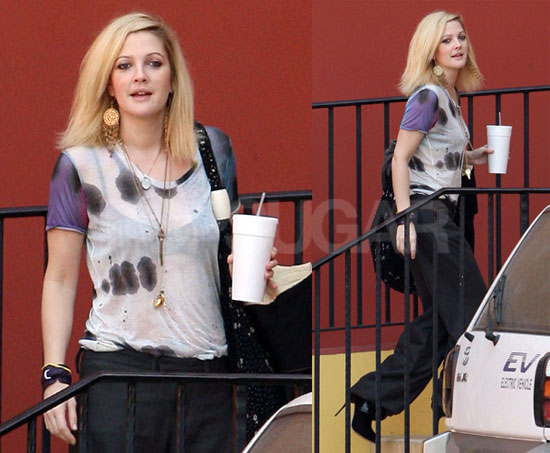