When Drew Barrymore recently split with long-term boyfriend Fab, we secretly hoped that she would rebound with someone a little more mature. Unfortunately, she really took our silent advice and ran with it. At a Golden Globes after party Drew was seen making out with none other than Bruce Willis himself. Um, ew. 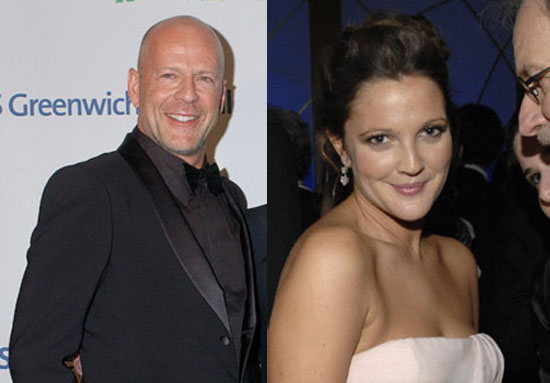 Bruce Willis has always liked himself the younger ladies, but snatching up one of Hollywood's hottest stars? Sounds like he's taking a page out of his ex-wife's book.

Demi Lovato
Demi Lovato on Working at 8 Years Old: "There's No Manual on How to Raise a Child Star"
by Yerin Kim 19 hours ago

Drew Barrymore
Drew Barrymore's New Kitchenware Line Is Available to Shop at Walmart, and It's Beautiful!
by Haley Lyndes 2 weeks ago

Drew Barrymore
Drew Barrymore Says She Won't Get Plastic Surgery: "We're Going to Age . . . and It's OK"
by Jessica Harrington 2/18