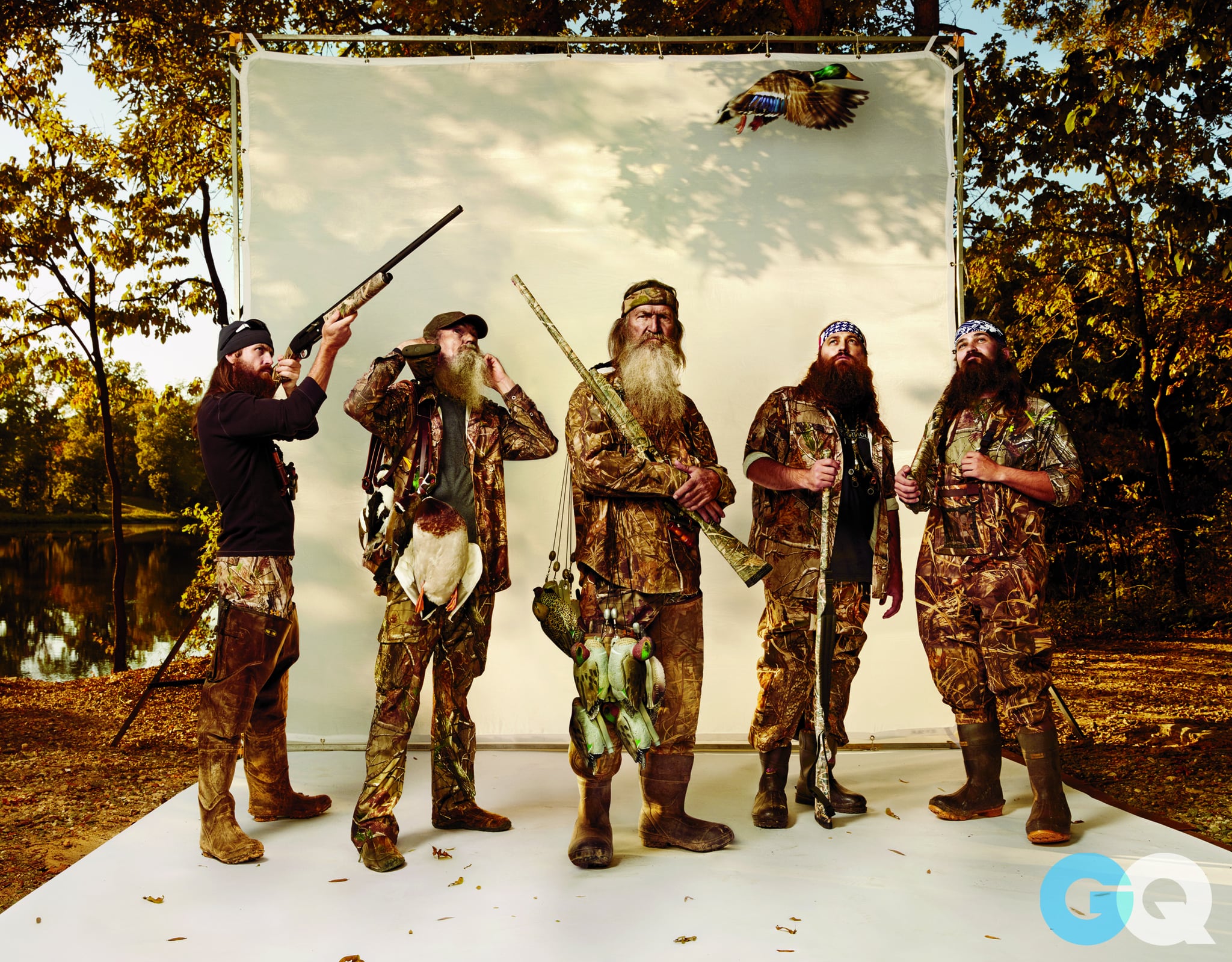 By now you've probably heard that Duck Dynasty patriarch Phil Robertson was suspended by A&E for antigay comments he made in GQ. In the January issue, which hits newsstands Dec. 24, the Louisianan reality star said, "Everything is blurred on what's right and what's wrong. Sin becomes fine. Start with homosexual behavior, and just morph out from there. . . . Bestiality, sleeping around with this woman and that woman and that woman and those men." As the fallout continues, you may have missed some of the details, including how his backers are reacting or that the show creator has an ironic tie to gay porn. Read on for a look at this crazy story.

LA Governor Bobby Jindal has come to Robertson's defense by comparing him to Miley Cyrus: "It is a messed-up situation when Miley Cyrus gets a laugh and Phil Robertson gets suspended."

His Backers Are Crying Free Speech

In light of the recent controversy, a video has come out of Robertson making similar antigay comments before he was on the show. In the videos from three years ago, he says gay people are "ruthless" and "full of murder" — whatever that means.

Considering the Duck Dynasty is worth an apparent $400 million, it doesn't look like the family needs the show for monetary gain. In a statement, the family hinted that they might leave the network. It read, in part, "We are disappointed that Phil has been placed on hiatus for expressing his faith, which is his constitutionally protected right. We have had a successful working relationship with A&E, but, as a family, we cannot imagine the show going forward without our patriarch at the helm."