Gossip Girl's Blair and Chuck Put on a Fashionable Show

Gossip Girl stars Leighton Meester and Ed Westwick resumed their roles as Blair Waldorf and Chuck Bass earlier today on location in NYC. The show's currently in production on their final 13 episodes, which are set to start airing in October. Kelly Rutherford joined them for a few scenes while other regulars like Blake Lively, Chace Crawford, and Penn Badgley appeared to have the afternoon off. The abbreviated season allows the cast to give the show a proper send-off while moving forward with other projects. Blake shines as the new face of Gucci's Première fragrance, and Leighton can be seen opposite Hugh Laurie and Adam Brody in The Oranges, due out in October. Penn's starring in an East of Eden parody, and Chace is prepping to share the big screen with Katie Holmes in Responsible Adults. 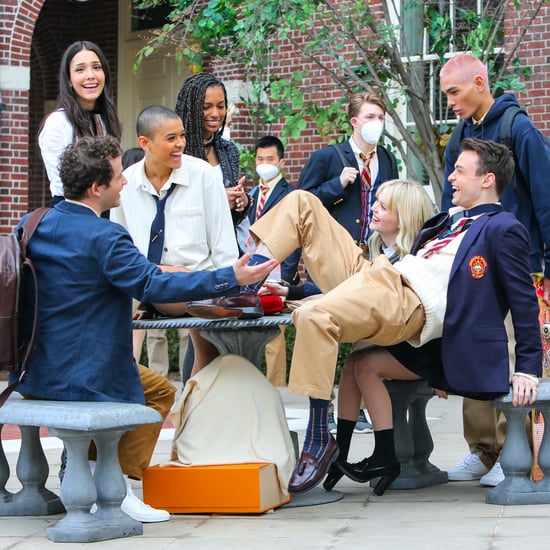