Elizabeth Hurley is engaged! She reportedly accepted a proposal from her Australian cricketer boyfriend Shane Warne last night. The happy couple celebrated today in Kingsbarns, Scotland, where Shane was participating in the third round of the Alfred Dunhill Links Championship. He and Elizabeth were together on the Kingsbarns course during a particularly foggy morning to pose for photos with her son Damian, whose father is one of Elizabeth's former partners, Steve Bing. Elizabeth showed off a huge new sapphire, set in a band that looks a great deal like Kate Middleton's engagement ring. Elizabeth has been legally single for six months after her divorce from husband, Arun Nayar, to whom she was married for four years, was finalized in April. She and Shane have been a couple for nearly a year, though, and it seems congratulations are in order for the happy family!

Previous Next Start Slideshow
Elizabeth HurleyCelebrity Engagements
Around The Web 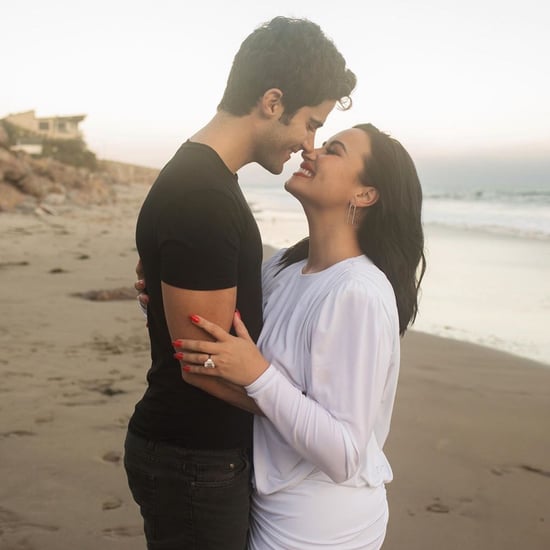 by Alessia Santoro 51 minutes ago