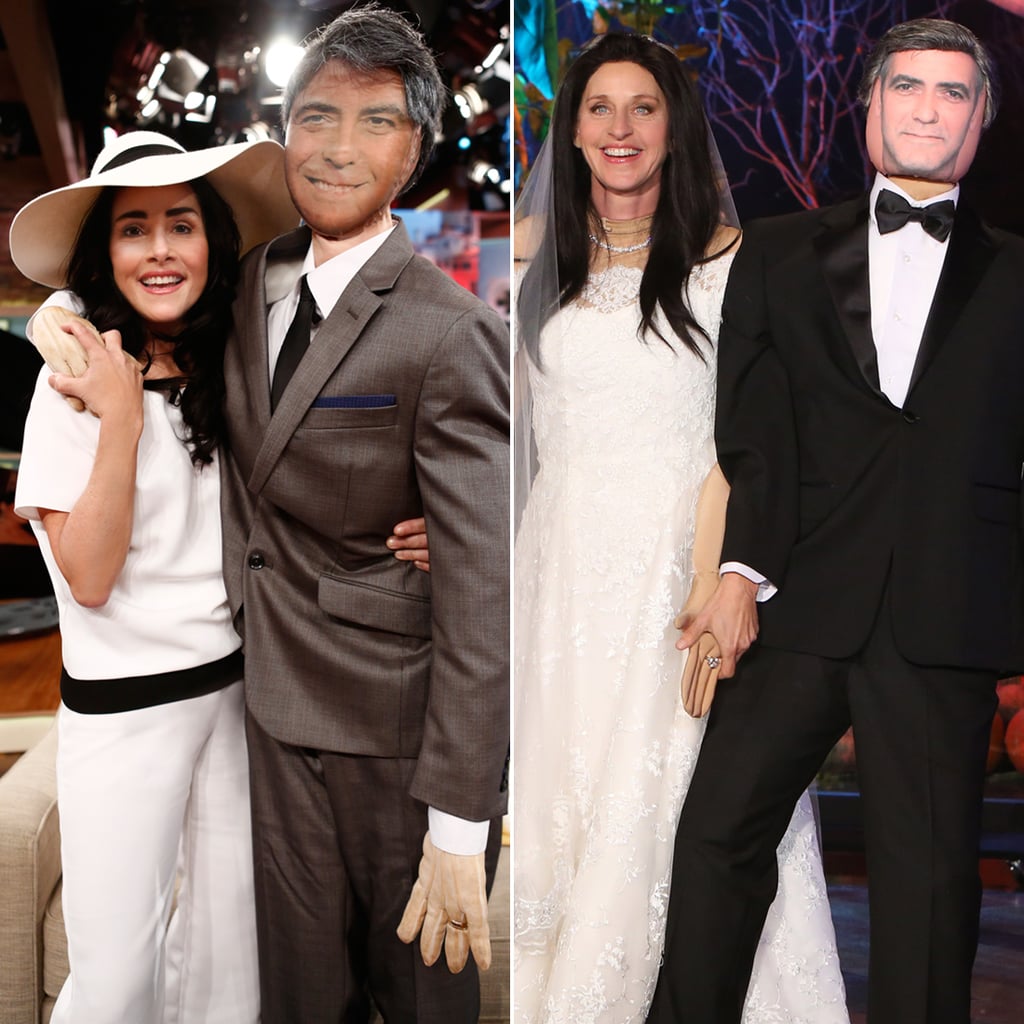 Looks like Ellen DeGeneres isn't the only one channeling George Clooney's wife for Halloween this year! Wearing a replica of Amal Alamuddin's Oscar de la Renta wedding dress with a dummy attached to her hip, Ellen dressed up as the lawyer for an episode of her show that will air on Friday. Meanwhile, Meredith Vieira went with another one of Amal's wedding-weekend looks for her Halloween special on The Meredith Vieira Show, which airs on Friday. Meredith arrived to her show holding on to a Clooney dummy of her own to channel the couple's wedding day boat ride through Venice, Italy. See both looks below and then weigh in — who did it best?

The Ellen DeGeneres Show
Willow Hart Might Have a No. 1 Song, but Pink Hilariously Admitted She "Doesn't Care at All"
by Perri Konecky 1 week ago