Emile Hirsch spent his Monday night partying at Guy's in LA with a few friends. He usually hits the town with his girlfriend Brianna on his arm, but it looks like this one was an evening just for the guys. A toast was in order for Emile, as he was one of the actors recently invited to join the Academy of Motion Picture Arts & Sciences. He doesn't have an Oscar of his own just yet, but at least next year he'll have a voice in deciding who takes one home. 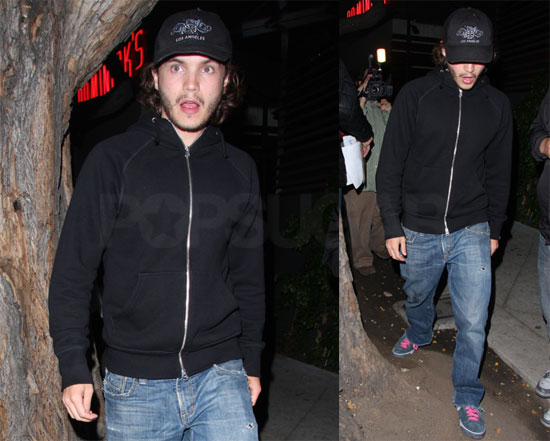