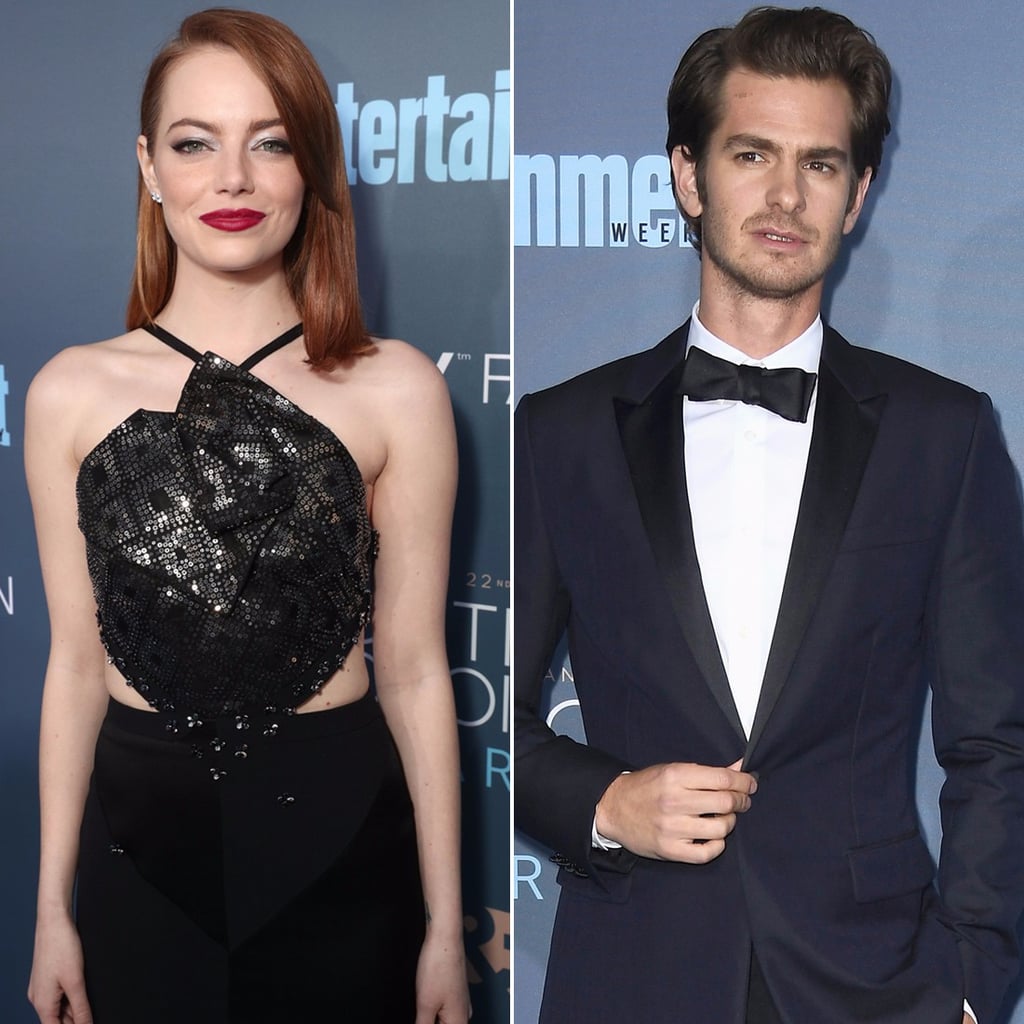 Don't Freak Out, but Emma Stone and Andrew Garfield Are Both at the Critics' Choice Awards

Emma Stone and Andrew Garfield ended their three-year relationship back in October 2015, but they reunited (sort of) at the Critics' Choice Awards in LA on Sunday. Both stars were in attendance for the big show while representing their respective films, the musical comedy La La Land and the drama film Hacksaw Ridge, which Andrew took home an award for at Sunday night's ceremony.

We haven't seen the two at a high-profile event together since the NYC premiere of Magic in the Moonlight in July 2014, but they were spotted out in London after Andrew's 33rd birthday in August of this year. At the time of their split, sources close to the couple said, "They still have a lot of love for one another and they are on good terms with each another and remain close. It just wasn't working." It's clear the two didn't break up on bad terms, as Andrew recently told The Hollywood Reporter that he would want to be stranded with Emma on a deserted island. "I love Emma. She's all right. She can come." Here's hoping for more run-ins throughout award season.

Related:
20 Former Couples Who Prove You Can Be Friends With an Ex
Previous Next Start Slideshow
Emma StoneCritics' Choice AwardsAndrew GarfieldAward Season