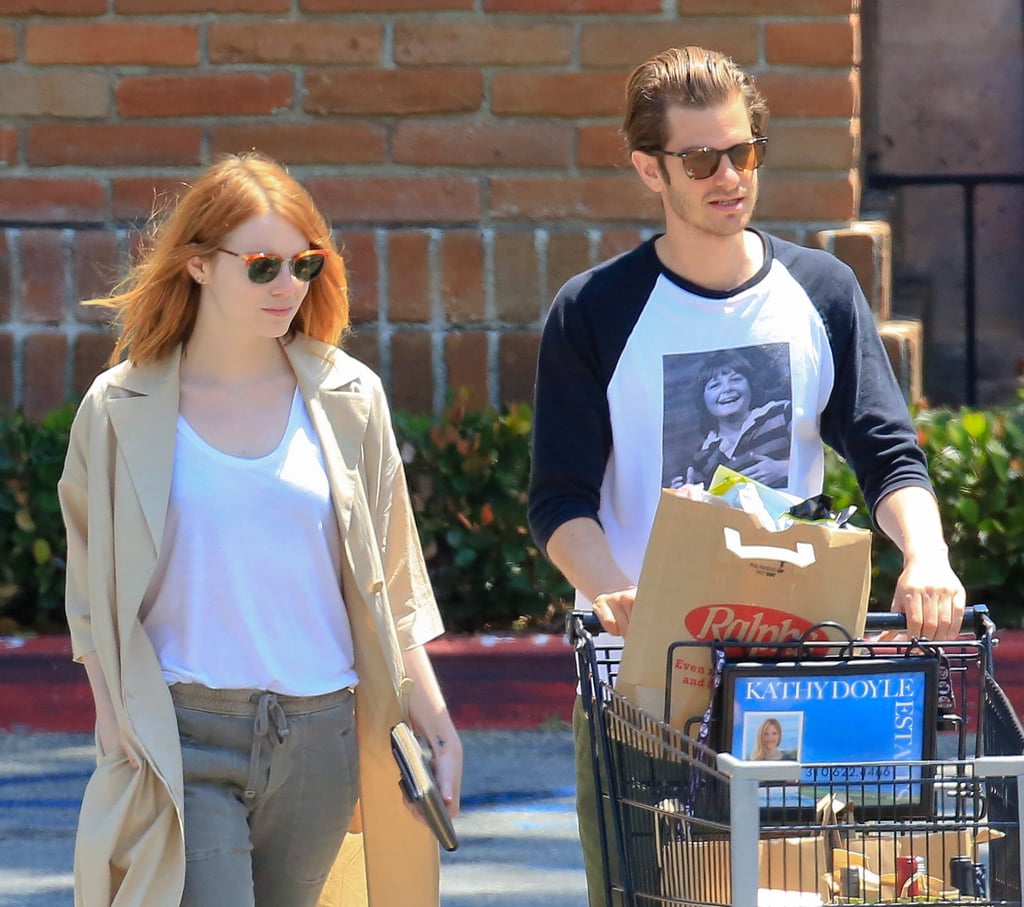 Emma Stone and Andrew Garfield Look Pretty "Back Together" to Us!

Andrew Garfield and Emma Stone were spotted leaving a Ralphs grocery store together in LA on Saturday. They kept things cute and casual while heading back to their car and helped each other unload bags before driving off. It's the first time we've seen Emma and Andrew together since news broke that they had put the brakes on their three-year relationship back in April; at the time, a source close to the couple claimed that their busy schedules were keeping them apart. Emma has been promoting not one but two recent projects, first heading to the Cannes Film Festival for the premiere of Irrational Man before traveling to London to do press for the romantic comedy Aloha with costar Bradley Cooper. For his part, Andrew was photographed filming the Martin Scorsese film Silence in Taiwan.

Despite their distance, rumors of a rekindling between the two began a few weeks ago, when Emma was snapped leaving her stylist's office with a brown bag labeled for Andrew, and heated up earlier this week with reports of the couple being spotted on a sushi date in LA. Keep reading for the photographic proof of Emma and Andrew's reconciliation, then check out more of their most adorable moments over the years.