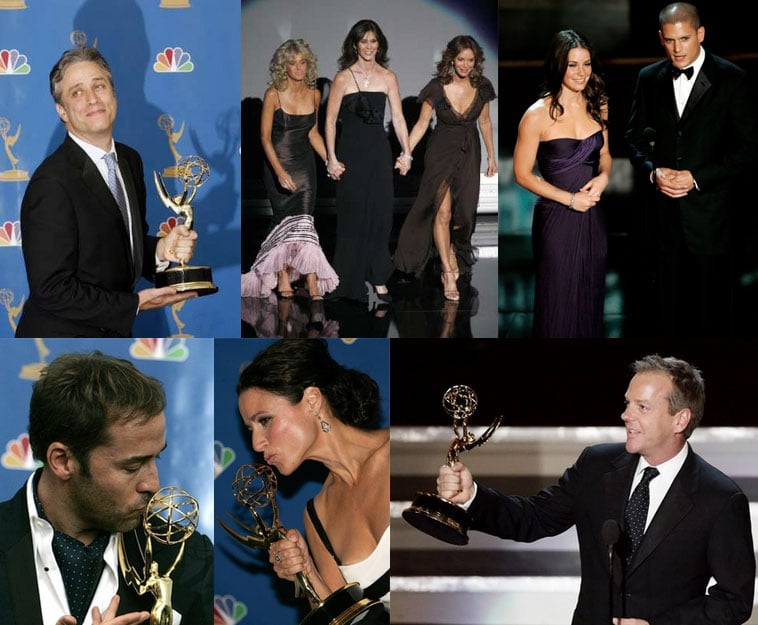 Conan was back for a second time to host the Emmy Awards. The show was more exciting than in past years. Not one show won everything which is always nice. As for 24 and Kiefer winning - we couldn't be happier. It's about time they won. 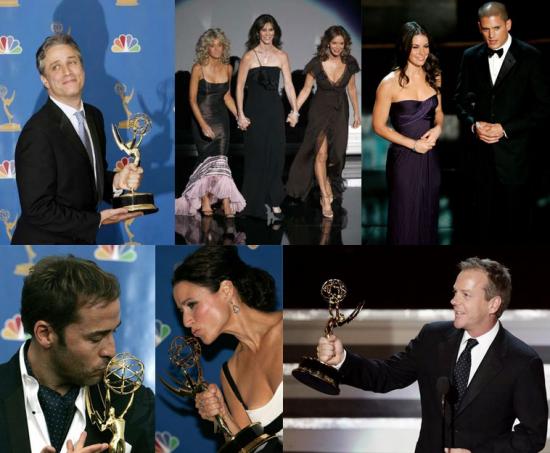 Other big events of the evening - Jeremy Piven winning for Entourage; Julia Louis-Dreyfus breaking the Seinfeld curse; and endless Barry Manilow jokes. Another highlight was the Dick Clark speech. He still had his humor but it was sad to see him so slow. However, he still had everyone in that room hanging on to his every word. He said, "I have accomplished my childhood dream, to be in show business. Everybody should be so lucky, to have their dreams come true. I've been truly blessed." It was great to see him back on TV. Another sad highlight included the Aaron Spelling tribute where Candy Spelling was clearly seated far and away from daughter Tori. The Charlie's Angels were looking fabulous as they gave their touching tribute to Aaron. It's amazing to see how many shows he worked on and how many lives he has touched.

Here are all of the Winners

Yara Shahidi
Yara Shahidi Left the Emmys Early, but She Had a Pretty Good Excuse
by Njera Perkins 3 weeks ago

Emmy Awards
So, Apparently the Emmys Were Exempt From Local COVID-19 Rules
by Victoria Messina 4 weeks ago

Red Carpet
Jessica Long Had the Hottest Plus-One at the Emmys: Her Tokyo Gold Medal
by Perri Konecky 9/19