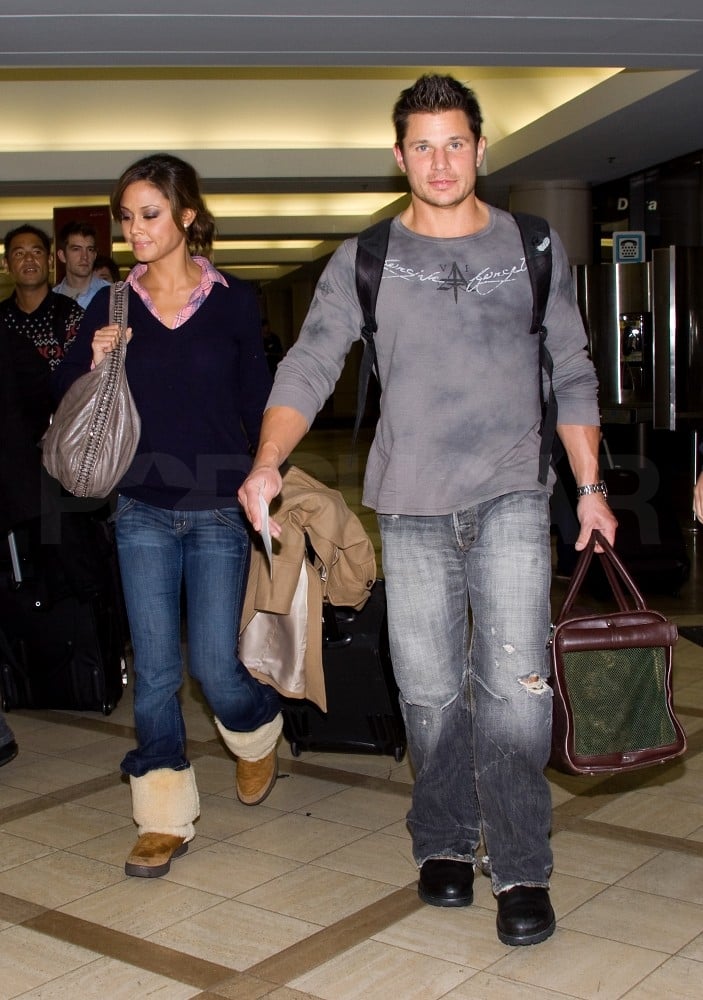 Nick Lachey and Vanessa Minnillo were smiling last night as they headed to catch a flight out of LAX. The duo got engaged just over a month ago, and he hinted that they may make things official on New Year's Eve while vacationing in Tuscany. Vanessa later denied that a holiday wedding is in the cards, however, saying they're just taking their time to enjoy the special moment. Their announcement that they're marrying set off a chain reaction of celebrity engagements — his ex-wife, Jessica Simpson, shared her plans to tie the knot with boyfriend Eric Johnson, then her ex Tony Romo just made a surprise proposal to girlfriend Candice Crawford!

Ed Sheeran
Ed Sheeran Announces Birth of Second Child: "Over the Moon to Be a Family of 4"
by Eden Arielle Gordon 17 hours ago