Anna Kournikova took a seat right behind Enrique Iglesias as they set off on their boat in Miami on Saturday. She covered up her bikini with a summery white outfit while he took the wheel for the ride. The twosome have a pretty relaxing life in Florida together, but her schedule is going to include a lot more time in LA soon. Anna Kournikova is joining The Biggest Loser, taking the place of Jillian Michaels on the hit fitness and weight-loss competition show. Enrique is also setting off on tour soon, with concerts in Israel, the UK, and South America in June. Originally, he was set to hit the road with Britney Spears, but that fell through and instead he'll be teaming up with Pitbull and Prince Royce for shows this Fall.

Previous Next Start Slideshow
Anna KournikovaEnrique Iglesias
Around The Web 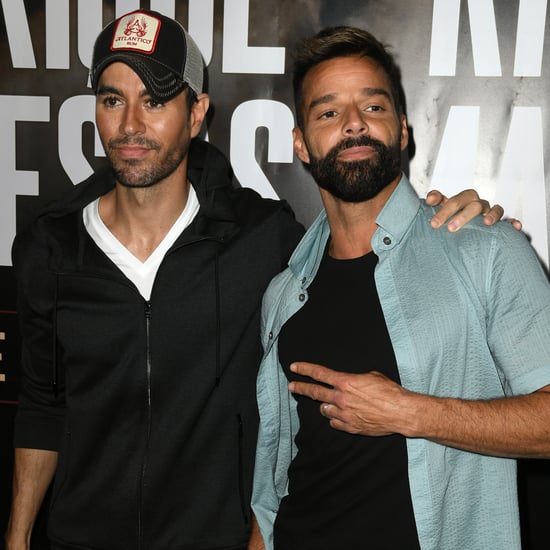 Ricky Martin
Enrique Iglesias and Ricky Martin Are Going on Tour Together, and My Teenage Dream Just Came True
by Maria G. Valdez 3/05